Updated: Today, we get yet another update for One Hand Operation + to v2.7.13.0. The previous version of the Google Lock’s new gesture navigation system added support for Android 10 based on Samsung’s new One UI 2.0 firmware. The app gets another update with some bug fixes. Samsung reverted the swipe gesture recognition angle. Also, modified to set always use “Landscape mode”, when device uses Android 10 gesture. Most importantly, Edge Lighting + also supports Android 10 now. So you can now add LED notification ring around camera cutout on Samsung Galaxy phones.

Original: If you don’t already know, Samsung started the Android 10 beta program featuring One UI 2.0 firmware update for the latest flagships Galaxy S10e, S10, S10+, and the Note 10. We are now at the third beta with many bug fixes and stability improvements to the system. The only thing missing is the support for the stunning Good Lock customization tool. Good Lock, including all of its plugins, brings several customization options to various parts of Samsung stock firmware like lock screen, quick settings panel, recent apps panel, edge lightning, and much more. While Samsung’s latest One UI 2.0 update feature its own set of gesture navigation alongside Android 10’s native solution by Google, the manufacturer updated the One Hand Operation + app from Good Lock. It comes with various customization options for swipe or gesture navigation. So download Good Lock’s updated One Hand Operation + APK for Samsung’s Android 10 One UI 2.0 firmware update.

One Hand Operation +, as we know, is one of Good Lock 2019’s finest plugins. It brings you new navigation gestures. Most importantly, you can customize your swipe actions, position, and the navigation area to however you like. Good Lock for One UI 2.0 is being updated starting with One Hand Operation +. Soon more Good Lock plugins will be updated in support for Android 10.

Now, a simple solution to this would be to touch and hold the edge of the screen to peek into the hamburger menu of any app you are in. Then swipe to open it. In other words, touching and holding the side of the app for like 3 seconds would get you the hamburger menu. If you think this isn’t productive at all, Samsung has a great solution for you. Using the latest Good Lock 2019 plugin called the One Hand Operation +, you can basically design your own navigation gestures.

Checkout this Reddit users’s amazing implementation of One Hand Operation + by u/omgitzmo:

The One Hand Operation +, also known as Samsung navigation gesture, has been updated in support for Good Lock 2019. As the moment, only the One Hand Operation + APK has been updated. Soon other Good Lock addons and modules will be updated including Lock Star, Quick Star, Routines, Task Changer, Clock Face, NotiStar, NavStar, and more. So stay tuned! 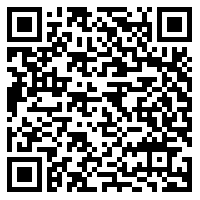 How to use Samsung’s One hand Operation + gesture navigation app?

You can basically assign swiping gestures from each edge to specific keys or functions such as: