Updated: Good Lock 2019 has been officially announced on March 8, 2019 in support for Android 9 Pie based on Samsung’s latest One UI stock firmware. This new update comes with many new plugins or addons including LockStar, QuickStar, Routines, ClockFace, MultiStar, NavStar, Nice Catch, Edge Lighting+, One Hand Operation, EdgeTouch, Sound Assistant, along with the Good Lock APK itself. All the apps got a redesign, new logo, new functionalities, and new features as well. Here we have listed the latest Good Lock Galaxy App Store links for all of its plugins. We also have individual APK files for sideload.

Original: The Good Lock apps and features have proved to be the greatest update for Samsung Galaxy devices running on Android 8.0 Oreo. It brings Android P like features to the Samsung Experience 9.0. This includes the new user interface from Android P for the Recents app section. The Task Changer is a lite version of the popular Tasker APK. QuickStar lets you customize and theme quick settings and notification panel. LockStar lets you customize Lock Screen. So download and install Good Lock and all of its features from below.

Initially, the Good Lock APK was only released for the Korean market. However, since today, the Good Lock app is now available for download officially at Galaxy App store in the United States as well. So no more blank screen at the Good Lock app. This means, all your favorite app features such as LockStar, QuickStar, Task Changer, Routines, and many more are right there.

The Good Lock APK has been updated to v1.0.00.46. There is a complete update log or change log for the latest GoodLock APK in the direct link below. These are the direct Galaxy App Store links, so it is better to open it from your eligible Samsung devices.

IMPORTANT! If your region is restricted from using Good Lock, then visit this tutorial on how to access it. Download all the LockStar, QuickStar, Routine, and Task Changer Modules from here!

Or watch this video: 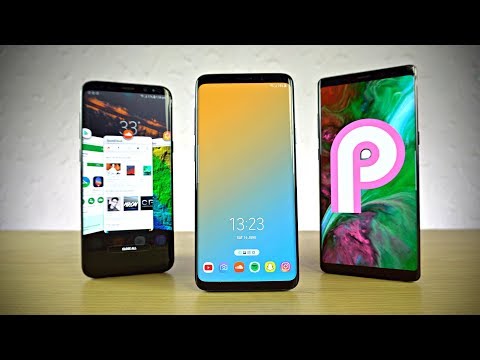 NiceLock is a Good Lock 2019 alternative which has the same functionalities as that of Samsung’s original app. It simply displays the plugins for use in regions where Good Lock is restricted or simply not available.

Bad Lock APK is an unofficial app to display the LockStar, QuickStar, Routine, and task Changer modules. This can be termed as an official Good Lock alternative. So no more creating shortcuts using any other app. This works great on devices running Android 8.0 Oreo on older devices.