OnePlus 6 has become the most popular smartphone from the upcoming smartphone manufacturer – OnePlus. With over 1 million OnePlus 6 device sale in less than a month since launch, it is a milestone in itself. Moreover, the device came with Android 8.1 Oreo out of the box and support for the Project Treble as well. With this new feature, it has also receive the Android P 9.0 firmware update. So download and install Android P Beta 2 or Developer Preview 3 for OnePlus 6.

Now, to further increase sales and to make their existing customers happy, OnePlus 6 is receiving the Android P Beta 2 based on the latest Oxygen OS ROM. It comes with many important bug fixes and stability improvements to various modules such as face unlock, camera, and the user interface. The update also features Google Lens in camera app, Ambient Display, and Face Unlock feature.

OnePlus 6 makes use of the camera 2 API by default and has stock Google Camera (Gcam) app in-built. The camera portrait mode now works too. From the update log it seems that the Android P Beta 2 brings several critical bug fixes. Of course, we have the new Android P gesture support and navigation gestures including the home button.

known issues with build listed below

Check out this video of Android P Developer Preview 3 or Beta 2 for OnePlus 6: 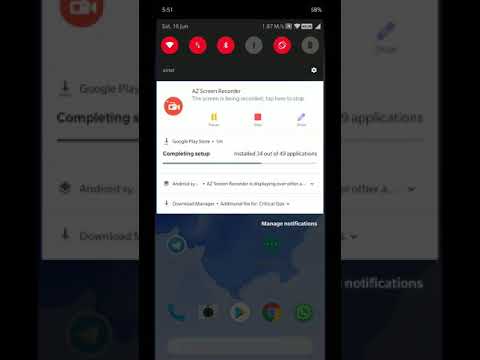 How to Download and Install OnePlus 6 Android P Beta 2?

The Android P Beta 2 is based on OxygenOS and can be installed with ease. Even if you are on the official Oxygen OS Android 8.1 Oreo or earlier, you can easily upgrade to Android P or downgrade back to Oreo using the following tutorial.

Update is now successfully upon boot.

How to downgrade to back to Android Oreo?

You will need to do the same procedure. Except, instead of selecting Android P ROM, select the Android Oreo roll back package from below. Follow the instructions from above.

You may also like to see: How to root OnePlus 6?