Samsung officially announced their highly appreciated One UI 2.0 OS at the recent Samsung Developer Conference 2019 held just about a week ago. You can update your latest galaxy S-series phones to Android 10 using the One UI 2.0 beta program right now. Samsung’s beta program is currently live for the Galaxy S10e, S10, and the S10 Plus for both Exynos and Snapdragon variants. Today, the South Korean smartphone giant released the 3rd beta OTA update for the One UI 2.0 firmware based on Android 10. It features major improvements to the system and several bug fixes. So checkout the complete changelog from below and download the latest One UI 2.0 beta 3 OTA update based on Android 10 for Galaxy S10e, S10, and S10 Plus.

The size of this new OTA update comes in a large package of about 566 MB in size. The latest beta update brings many new bug fixes and major system improvements to the latest Android 10 beta for the Galaxy S10. Here is the complete changelog for OneUI 2.0 Beta 3 officially rolling out in the regions of Europe, Asia, North America (United States), and South Korea. Spotted in countries like the UK, Poland, Germany, India, and more.

Here are the bug fixes from the 3rd beta of Android 10 for the Samsung Galaxy S10 series devices:

Here are all the new changes that will come to the stable One UI 2.0 firmware, introduced by Samsung: 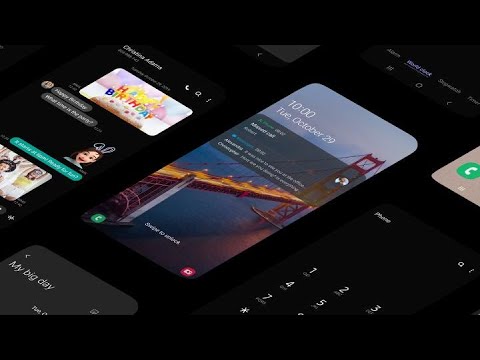 While you can still update your Samsung devices to Android 10 using Samsung Members app, we also have the OTA update zip files using which you can manually update your phones. This is especially useful if your device or region is not supported for the beta program.

Following we have listed the official Android 10 OTA update.zip file for the Exynos Galaxy S10e, S10, and S10 Plus variants. The OTA is live for all the Exynos variants currently selected in the beta program.

Downloads from beta 2 (hotfix) to beta 3

This OTA will take your device from beta 2 Hotfix to beta 3 on your Exynos S10 going from build ZSJL to ZSK3.

How to install? Checkout the SD card installation method listed in our previous posts listed below.

You may also need to know how to restore Samsung Galaxy devices back to stock Android 9 Pie. We will also list Android 10 beta 3 for Exynos and Snapdragon Galaxy S10, S10e, S10 Plus variants. So stay tuned!

If you missed, checkout more about the One UI 2.0 update from SDC 19:

Thanks to henklbr for the links.