Update: Fix for Random reboot is to use the latest Eng Bootloader V6. The two year old Samsung Galaxy S7 and S7 Edge and all of their variants have already been updated to Android 8.0 Oreo by the end of last month. This first began when the Exynos variants of S7 G930F/FD (Global) and S7 Edge G935F/FD received the Oreo OTA update. Later, the US carriers rolled out similar update for AT&T, T-Mobile, Verizon, Sprint, etc. Now, here is a tutorial on how to root Snapdragon S7 and S7 Edge for latest Samsung Experience 9.0 based on Android 8.0 Oreo.

We already have the rooting tutorial for Exynos S7 and S7 Edge. This is possible because the Global variants have a readily Unlockable Bootloader. The Qualcomm Snapdragon processors, on the other hand, do not have this privilege. Thanks to developer, jrkruse, for deploying an Engineering Bootloader from Nougat that can be used on Oreo firmware as well. So the following procedure works on Android 7.0 Nougat as well as Android 8.0 Oreo firmware to gain root access for all US carrier models like SM-G930A/P/T/V and SM-G935A/P/T/V.

Read: How to Root Galaxy S7 and S7 Edge on Nougat?

Warning: Although, the procedure has been tested working on some Snapdragon S7 devices, it doesn’t mean it will work for all the devices. If something goes wrong, we won’t be responsible. It is wise to backup and keep a full stock firmware file handy so your Samsung Galaxy device can be restored to stock via Odin. Reader’s discretion is advised.

The root procedure has been tested working on Samsung Galaxy S7 (Edge) devices and is in beta state. So it may or may not work with all devices. Check out the supported devices list and also the warning . Moreover, this process does not cause any data loss.

This Eng Boot Kernel zip will give you the option to install some CPU tweaks. You can change the settings included with the rooting Bootloader. You can also download the speedup swap app from Play Store to tweak further.

Warning: This tutorial will remove Knox and change the fstab.qcom file to disable DM-Verity on system and remove encryption. Installing the above zip requires a data wipe unless you have already installed it or you are coming from my non rooted ROMS.

Note: You can also run the root.bat file by double-clicking it, but make sure the zip is extracted. This will push the required files and root the S7 device.

Note: If you choose system root, it is OK to update the binary when the SuperSU app asks. Choose normal. Just don’t flash any third-party superuser zips in recovery.

Once the procedure is complete, reboot the phone once and start granting root access to apps.

Possible fix for heating and lag after rooting Galaxy S7

Install Kernel Adiutor (ROOT) app from the Play store and grant root access. Open app and set both CPU governors to ONDEMAND and set apply on boot. Also, CONSERVATIVE kernel settings could give better battery life. Keep testing the options for your device. 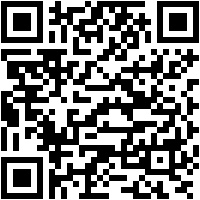 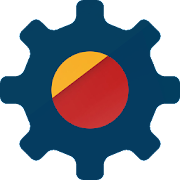 Download and flash the S7_Oreo_Su_Binary_Only_ADB_Root.zip. This root zip is only for Android 8.0 Oreo firmware on Galaxy S7 devices. It only installs the SU binary to the system/xbin folder to root Android devices. It does not disable DM-verity and system file encryption. There is no SuperSU app either. Install this SuperSU.apk.