It’s been a long time since the Google Assistant was introduced and we had posted several methods to enable it. It is currently officially only supported by Android devices running on 7.1 Nougat and 6.0.1 Marshmallow. However, there are still numerous smartphones running previous Android 5.1 Lollipop or KitKat. Google Assistant doesn’t officially support them. According to Android Developer Dashboard, phones updated to Lollipop firmware comprise of the highest number at 32% including Android 5.0 and Android 5.1.1. This is followed by 6.0.1 Marshmallow at 31.2%, Nougat at 7.1%, and finally KitKat at 18.8% as of May 2017. It’s a rather large number. Hence, we will show you how to enable Google Assistant on Android 5.1 Lollipop, Android 6.0.1 Marshmallow, and also on the latest 7.1.2 Nougat.

The first section will take you to the proper tutorials on how to enable it without root or major customization. The first section is only for devices already on Android 6.0.1 or later. For Androids running Lollipop or below, can head over to the second section.

Tips and tricks to enable Google Assistant on any Android device

If all the above procedures fail or your device is running Android 5.1 Lollipop OS or earlier, then head over to the the 8th method from below.

8. How to setup Google Assistant on Android 5.1 Lollipop or earlier?

This method requires Xposed module like Assistant Enabler. This only works up to Android 6.0.1 Marshmallow. Nougat or Oreo doesn’t support Xposed yet. Though the Xposed module says it’s for Marshmallow only, the module has been tested working on Android 5.1.1 Lollipop as well. 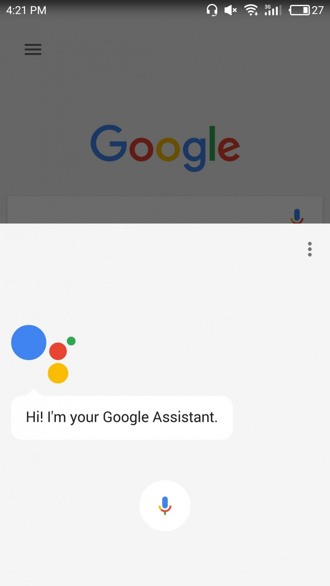 If the assistant doesn’t show up, go through the tips and tricks to enable it. That’s it a new screen will show up asking to setup up Google Assistant on your Android phone. Simply say “OK Google” and start using the new personal assistant.