Android P 9.0 is the latest and by far the greatest update in the history of Android operating system. Introduced in the Google I/O 2018, it brings several AI features to the smartphones. It introduced new user interface, better AI support, improved battery life, and much more. It also features DNS over TLS support, introduced Google Lens, and upcoming feature called voice for Assistant will also be present in Android 9.0 P. So download and install the third iteration of the Android P Beta 3 called Developer Preview 4 for all Google Pixel devices and more.

Android P Beta 4 comes with new firmware build number ppp5.180610.010. It also brings new APIs for developers for deploying the Android P supported apps on the Play Store. The Android SDK has also been upgraded to SDK 28. You may also like to see the release notes listed in the sources for known bugs.

Android P Beta 3, also known as, Developer Preview  4 is already available for download since the beginning of this month with latest July 2018 Security Patch and a new Dark Theme; which is not automatic. You can read about the Android P DP 4 from here. 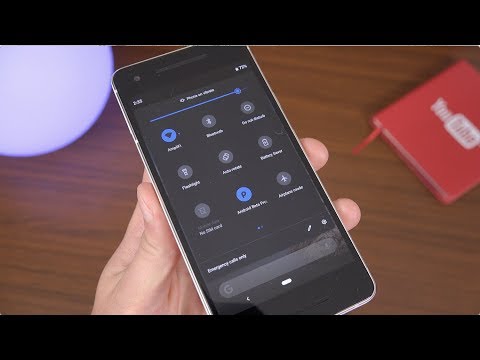 The Android P Beta 4 will get to the following devices soon:

Read: How to install OTA updates on Android devices?

Method 1: You can get Android P Beta 4 or Developer Preview 5 on Pixel devices by enrolling here. If you’re already enrolled in our Android Beta program, you’ll automatically get the Beta 4 update soon.

Method 2: As the above listed files are all Android P Factory Images, you will need to flash them using Fastboot Mode. If your device is already on the previous Beta 2, then you will receive an OTA update. You can still flash the factory images without wiping data. See below.

The flashing will start and device will reboot into Android P Beta 4.

For Mac OS/Linux execute the command./flash-all.sh and wait a few minutes.