OnePlus 5T is now the manufacturer’s latest flagship phone. It was just launched last week and now available for sale in many major countries. Moreover, the OnePlus 5T just received yet another Oxygen OS 4.7.2 OTA update. The device is still running the former Android 7.1.1 Nougat firmware. The OnePlus 5/5T are reported to receive 8.0 Oreo update this month with the first Open Beta build. At the beginning next year, the official Oxygen OS 5.0 will be released. Hence, this tutorial will come in handy in rooting not only the 7.1 Nougat, but also the upcoming 8.0 Oreo for OnePlus 5T.

There could be several reasons why you would like to root your Android phone. One of which is that you simply can. Now, OnePlus is the only manufacturer which is open for development and rooting won’t void the device warranty. Don’t believe me? You can straight up ask OnePlus support and they will say the same thing.

However, you need to be careful about the procedure. As rooting, installing a custom TWRP recovery, or even flashing a custom ROM like Lineage OS may get tricky for beginners. Hence, here is a handy tutorial on how to Unlock Bootloader, install TWRP recovery, and root OnePlus 5T.

Some of the reasons why users root Android phones:

This procedure may feel complicated to some. It requires a bit of technical knowledge like ADB, Fastboot, etc.

The procedure is same as that of the previous phones like OnePlus 3/3T. The ony difference is that you will need a TWRP recovery specific to OnePlus 5T, and the latest versions of SuperSU or Magisk.

Here are some videos we have made on rooting OnePlus 3/3T which will come handy. The steps are same. You just need to use different files.

How to unlock Bootloader? 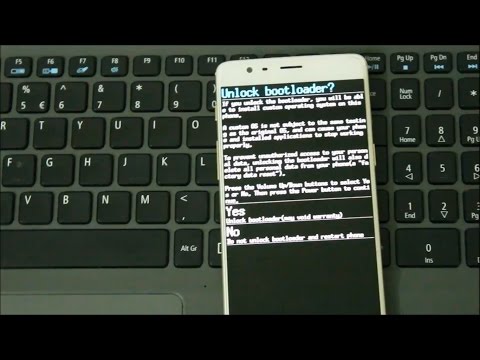 How to install TWRP and root OnePlus phones? 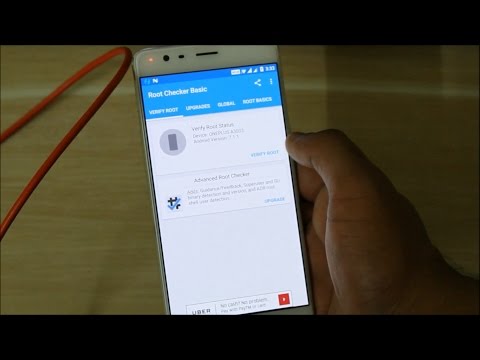 How to Root OnePlus 5T?

The first thing we are going to do is unlock the Bootloader. Be sure to go through the requirements from above. Later, we are going to install TWRP recovery. Finally, you can either flash Magisk or SuperSU as per your wish. Both magisk and SuperSU have theire own benefit. But they will both gain root access to your device.

Note: To bypass the Forced Encryption and DM-Verity, flash the Decrypt zip listed above.

Step 1: Download all the files from the download section above and transfer them to your PC. Also, keep a copy of the files in phone storage like SuperSU, Magisk, DM-Verity zip, TWRP, etc.

Step 2: Connect device to PC and trust the connection by checking “Always allow from this computer” when you plug in Android device for the first time.

Step 3: Now keep the Android device plugged in and open a command prompt or terminal on your PC. You can simply click the address/location bar in Windows and type “cmd”.

Alternative: Hold the shift key on the keyboard and right-click on an empty space and select “Open command window here” option to launch a cmd window.

Step 4: Time to reboot OnePlus 5T into the Bootloader or Fastboot mode. Issue the following command via cmd or terminal:

Alternative: If you have enabled Advanced reboot option, then press and hold the Power button and choose Reboot to Bootloader.

Step 5: Keep the device connected to PC once booted into the Fastboot mode (bootloader mode). Issue the following command to check your device connectivity. It should return device code:

Step 6: This is optional, but you can still check the device Bootloader unlock status:

Note: Reboot, and check the unlock status again. If the status is locked, then continue to unlock it.

Step 7: Now its time to Unlock the Bootloader. Issue the following command:

Note: You have successfully unlocked the bootloader. Now you can easily setup a custom TWRP recovery and flash SuperSU/Magisk to root. Its time to install TWRP recovery onto your OnePlus 5T

Step 8: Now reboot back into the Fastboot mode (Bootloader mode) See steps 1 to 5 above.

Step 9: Navigate to the location on PC where the OnePlus 5T TWRP recovery image exists. Enter the following command to flash the recovery image:

Note that, you need to use the correct file name with proper extension. Here with TWRP version o5ttwrp.img use the command “fastboot flash o5ttwrp.img”

Both SuperSU and Magisk are rooting tools. Both have their own benefits. Use only one of the two. Read the benefits of Magisk from here.

Here is the actual rooting procedure via TWRP:

For a detailed tutorial on how to use TWRP – click here.

Method 2: How to root OnePlus 5T using the All in One Toolkit?

This OnePlus 5T Toolkit is a graphic tool designed for various operations for visual learners. The operations including unlocking bootloader, root, flash TWRP, flash OTA & flash factory images, etc. with a few clicks. All the options are automated and all you have to do is follow the instructions.

This toolkit has been developed to work with several Android devices like: