OnePlus is here with yet another HotFix OTA update for the OnePlus 5 and the 5T phones. Oxygen OS 9.0.2 HotFix features some critical bug fixes. The new OTA update fixes WiFi connectivity issue with certain third-party apps and also fixed the issue with physical or capacitive navigation buttons not working on OnePlus 5 at times. However, the second hot fix is only related to the OnePlus 5. The other flagship should be all good.

We already know that the official Android 9.0 Pie firmware update has already been released via stable channel with Oxygen OS 9.0. The previous Oxygen OS 9.0.1 brought some amazing features and critical bug fixes featuring stability for WiFi connection, fixed a very important issue where 4G VoLTE toggle would be missing from settings. 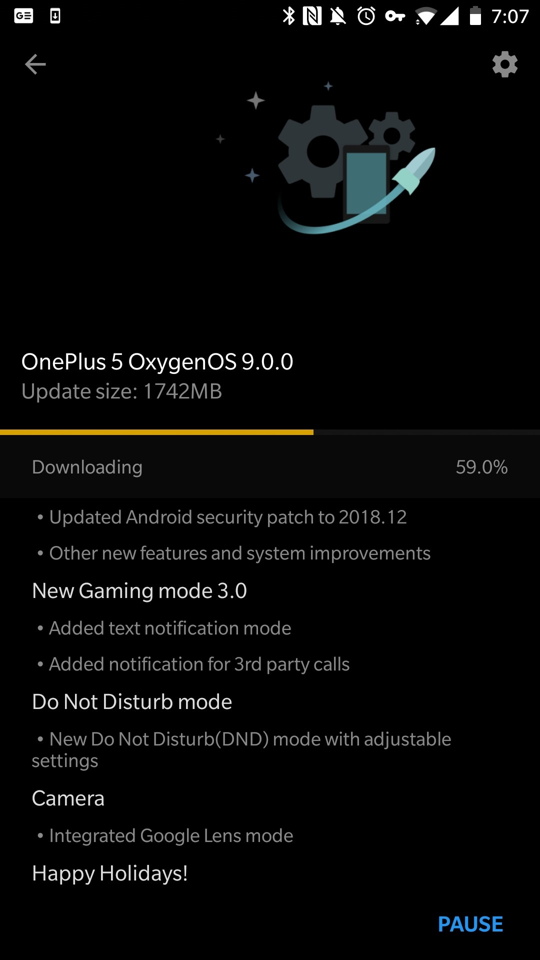 Do Not Disturb mode

Here we have listed the Oxygen OS 9.0.2 full stock firmware zip available for download. OnePlus 5T zip is readily available along with the update link for OnePlus 5. You can simply grab the zip and perform a local upgrade or flash it directly using TWRP if your Android is rooted. First, check if it has a compatibility zip. If it does remove it, create the zip and then flash it using TWRP recovery. If you need TWRP recovery, get it from the Oxygen OS 5.1.7 post.

You can now install the following later: