We have already received official stable Oxygen OS 9.0 based on Android 9.0 Pie for the OnePlus 5 and 5T. However, some users who upgraded to this firmware were not really impressed due to the update being bug ridden. So the manufacturer is now pushing a critical bug fix update for users already on the stable channel. Oxygen OS 9.0.1 features stability for WiFi connection, fixed a very important issue where 4G VoLTE toggle would be missing from settings.

We have already seen all the Android 9.0 Pie goodies for OnePlus 5(T) including Adaptive Battery, Adaptive Brightness, Slice, Actions, Advanced AutoFill, DNS Over TLS, latest December 2018 Security Patch, etc. You can also install the official Hydrogen OS 9.0 and latest Open Beta 23 or 21 based on Android 9 Pie for the OnePlus 5 and 5T. 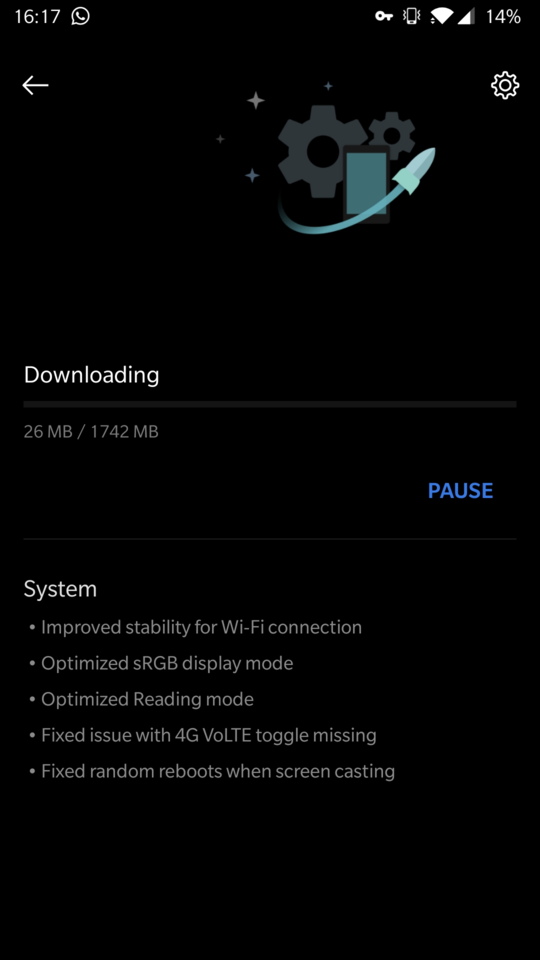 The official Oxygen OS 9.0.1 is now rolling out across the globe in waves. The first two countries to receive it are Germany and Canada. So if you are on a previous stable Oxygen OS 9.0 build, you can use a VPN app, change device location to Germany or Canada and download the OTA update right away.

Moreover, we already have the full stock firmware available for OnePlus 5 in the download section below. So you can just grab the zip and perform a local upgrade. You can upgrade your device to Oxygen OS 9.0.0 using Local Upgrade method or flash it directly using TWRP if your Android is rooted. First, check if it has a compatibility zip. If it does remove it, create the zip and then flash it using TWRP recovery. If you need TWRP recovery, get it from the Oxygen OS 5.1.7 post.

You can now install the following later: