Google recently announced and also released the new Android 7.1 Nougat Developer Preview for the three beloved Android smartphones including the Nexus 6P, 5X, and the Pixel C. The official Android v 7.1.0 was launched with the stunning Google Pixel (XL) phones with a new firmware build number NDE63P. The other Nexus devices in this range will receive the update later in the month of November. Since other Nexus users like Nexus 6,5,4,7,9 felt left behind, Android enthusiasts started porting the Google Pixel apps and features on their device and also the new Android 7.1 Nougat OS. However now, contributors have successfully ported the Pixel ROM onto their devices bringing the latest build Android v 7.1.0_r4 NDE63P.

Many of the Nexus devices did not receive even the official Nougat OTA update. Hence, this is a great news for all them.  The ROMS listed below are custom ROMs and at their early stages. Hence, you may most likely come across some bugs or instability issues. The new Google apps like Camera, etc may not work at their full potential due to a difference in hardware configuration on your device.

Features and screenshots of Android 7.1 Nougat based Pixel ROMS 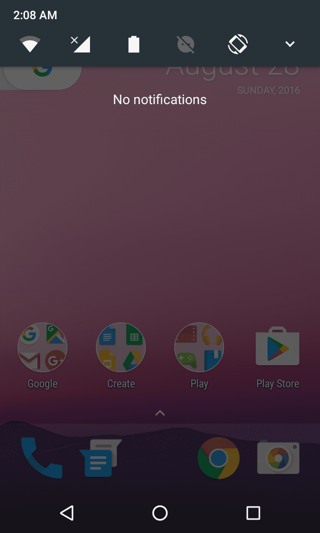 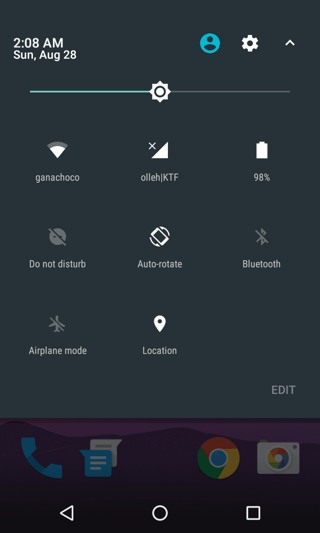 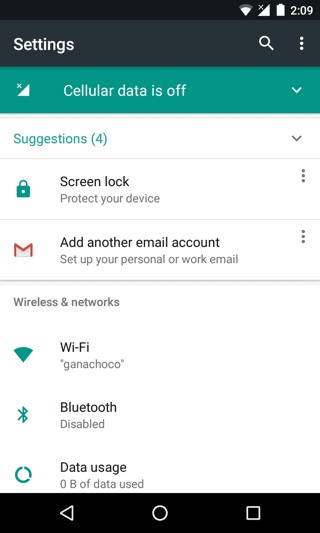 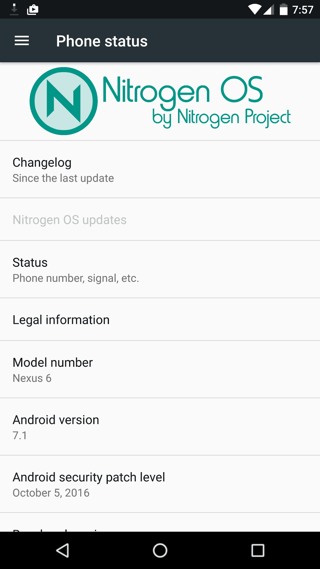 This is not an actual ROM but a package that you can flash via fastboot to get all the latest Google Pixel apps features and also the Android 7.1 Nougat ROM. The package includes Pixel Launcher, Google dialer, Contacts, Webview, backup transport, and much more.

Update to NDE63P(android-7.1.0_r4)
apply pixel boot animation, sounds, white navbar
apply latest pixel launcher
apply rounded icons for launcher
Very similar to Nexus Stock firmware
SEAndroid enabled
No root due to security reason.
Mobile data is disabled by default and can be enabled from settings.
Stock ROM users can use this ROM without performing a factory reset userdata partition.
Can be installed on other Custom ROMs

How to Install the Pixel ROM package fro Nexus 4 & 5?

Note: If you are running stock factory image or already use this ROM use the code:

OR: If you are running any other custom ROMs, you might want to clear userdata partition.

After flashing,  wait about 5-10 minutes to complete booting.

Nitrogen OS has been available for several Android devices since long. Users have reported this ROM to be working flawlessly with no major bugs. This is a pre-rooted ROM. So don’t flash SuperSU. There will be new updates available in future. Hence keep an eye on the source page.

The installation procedure via TWRP is listed below. You will also need to flash Android 7.1 Nougat Gapps with this ROM. The gapps are listed below.

This is a custom ROM that can be installed via TWRP. Check out the tutorial below. Visit source for nexus 7.

You may need the gapps package with this AOSP and Nitrogen OS build. Simply download AOSP from above and flash via TWRP. If you find gapps missing, flash them from below. Sometimes the Gapps may cause problems as they are not yet stable wth the AOSP ROM ports. So it is advisable that you boot the ROM first and then later install gapps for Nougat.

It has been confirmed that the latest SuperSU 2.78 stable works with the Android 7.0 Nougat AOSP ROM.

You may also like to flash the latest TWRP to bypass forced encryption problem.

Warning: Once you root or install a custom ROM, your warranty may be void. Even though the ROM has been tested by many Nexus users you should still be cautious about it and sometimes come across major issues. this is an unofficial AOSP procedure/ROM. Reader’s discretion is advised.

How to install Android 7.1 Nougat on Nexus device with a Pixel Custom ROM?

2. Make sure you have a custom recovery installed on your device. Latest build from TWRP is highly recommended. Get the TWRP from the download section and get here to know how to flash it.

3. Make sure you have latest device drivers setup on your PC in order to transfer the files to your device’s internal storage. Get it from the official page of your device manufacturer.

Here is are brief instructions to install custom ROM via TWRP. For a full tutorial, go to: How to Install Custom ROM using TWRP?

Step 2:  Transfer all the necessary files to your device’s internal storage or SDcard.

Step 3: Reboot into TWRP recovery. Power off completely and then press and hold the power button and volume down key for a few seconds.

How to turn your Nexus into Google Pixel?

You may also like to see, How to restore Nexus back to stock? Simply flash Nexus Factory Image. Just in case you would like to revert back to stock, head over to this tutorial. Flash Android factory image. Like and share us on social media. If you need any help, then comment down below.