We have seen quite some Android emulators till now like the BlueStack, Droid4X, AMIDuOS, and much more. However, some of them are paid and some are simply not that fast. Not to forget the stock Android emulator that comes with the Android Studios for developmental purposes and testing Android apps on various devices. However, here we introduce you to a new Android Emulator (Simulator) which is truly fast and won’t use a lot of RAM on your PC named “Nox App Player”.

Nox App Player is unlike any of the listed emulators or its rivals. This Android emulator is one of the fastest and completely free with no nonsense advertisements or premium subscriptions. We installed it on our Windows PC and Nox App Player performed quite well right from the boot time to the performing various operations like installing & running apps, customizing, settings options, and much more. Nox comes in a package of around 250 MB and sports all the Android goodies like inbuilt Play Store, root, screen capture and record, multiple instances, are just some of them. Simply download it and install as normal PC software.

Nox App Player could prove to be the best testing Android simulator. You can use it to test Android apps that your would rather be uncomfortable installing them on your primary Android phone and otherwise compromise security and privacy.

Another great alternative for installing Android OS is the Remix OS and the Android x86 Project which are completely new operating systems that can boot alongside your primary OS. However, they cannot prove to be good Android simulators as you would need to boot into the Android OS each time you want to use it on your PC. 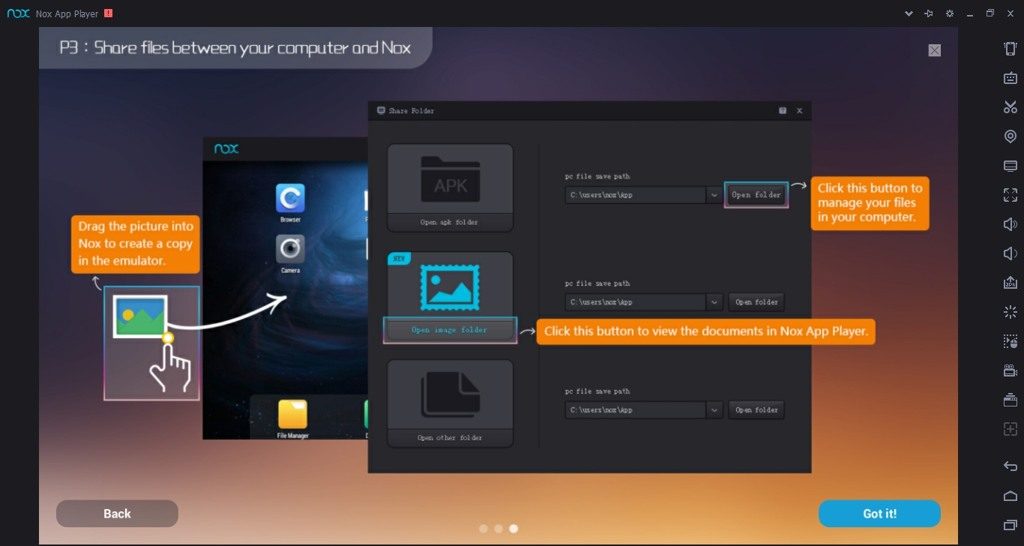 Nox App Player runs on Android 4.4.2 KitKat and has no app drawer. So all the apps are easily accessible and also has keyboard and mouse shortcuts. Though KitKat is old, the performance is very stable and it can run almost all the apps. We expect a newer version of Android in near future.

All you need to do is get into system settings and enable Root. This will auto install SuperSU and you can start granting root access to the installed apps. 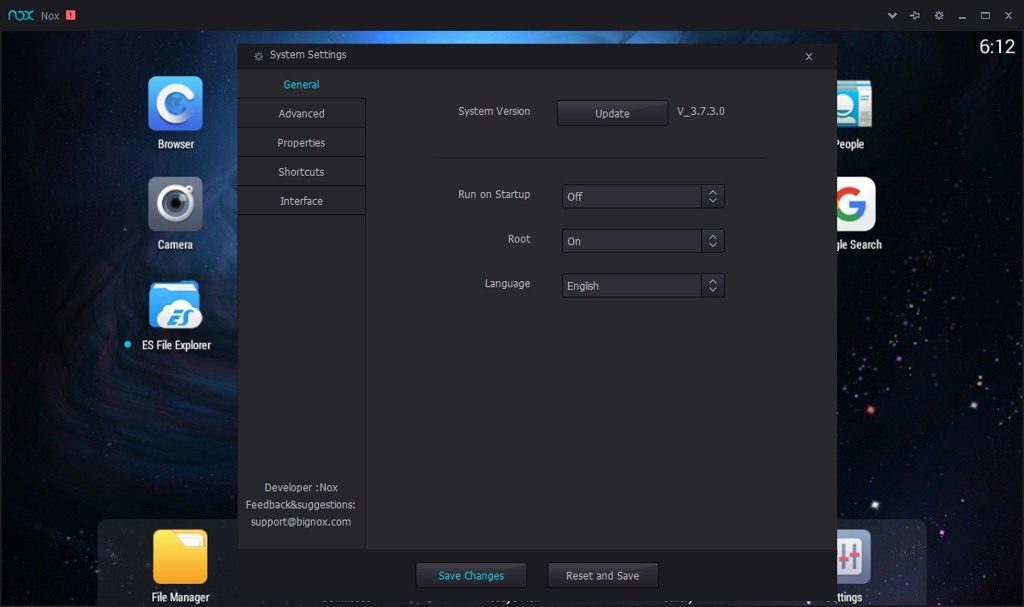 You  can assign storages space from your hard drive and use it to store APK files, images, and miscellaneous app data. You can install Android apps by simple drag and drop feature or from the official Google Play Store as well. 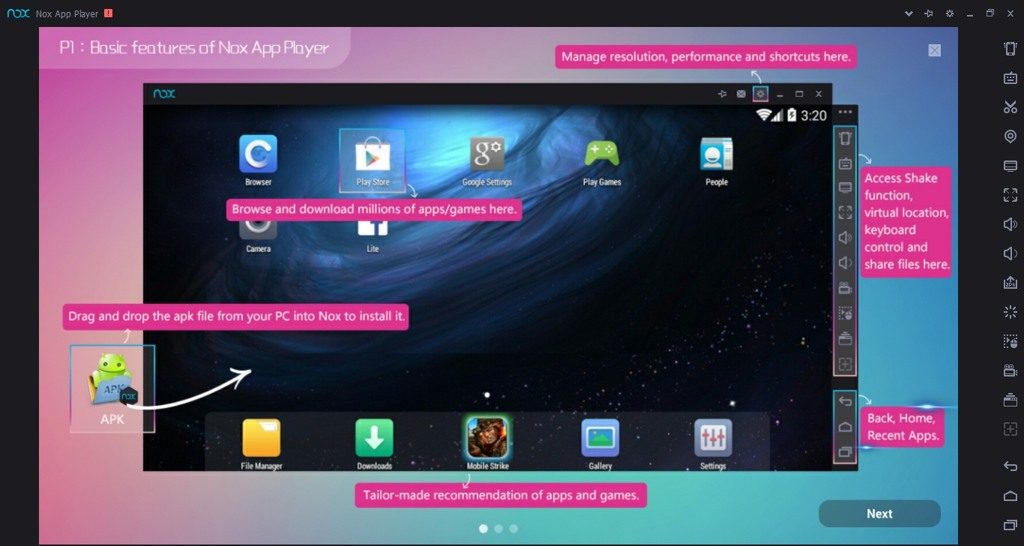 You  can change graphic properties like Direct X and Open GL. You can also set performance settings and change the CPU speed and RAM usage. Moreover, it also allows you to set your custom emulator. For instance, Tablet resolution, Phone resolution, and much more. 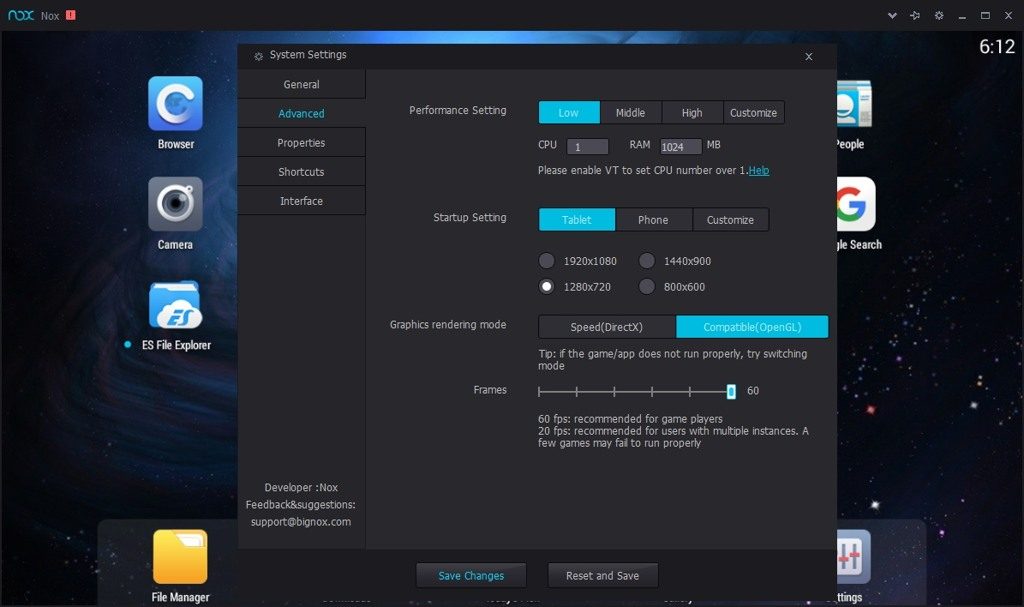 Nox App Player enables multiple instances of the Android emulator. This is a great deal if you are a tester and want multiple emulators at the same time. However, this might hinder the performance a little.

Download Nox App Player – How to run Android on PC?

We have used many Android Emulators, but Nox App Player is simply the best. It is fast, simple to use and comes with tons of customization options and features. Unfortunately, it is only Windows OS compatible. However, we highly expect it to run on Mac OS and Linux OS as well in the near future.