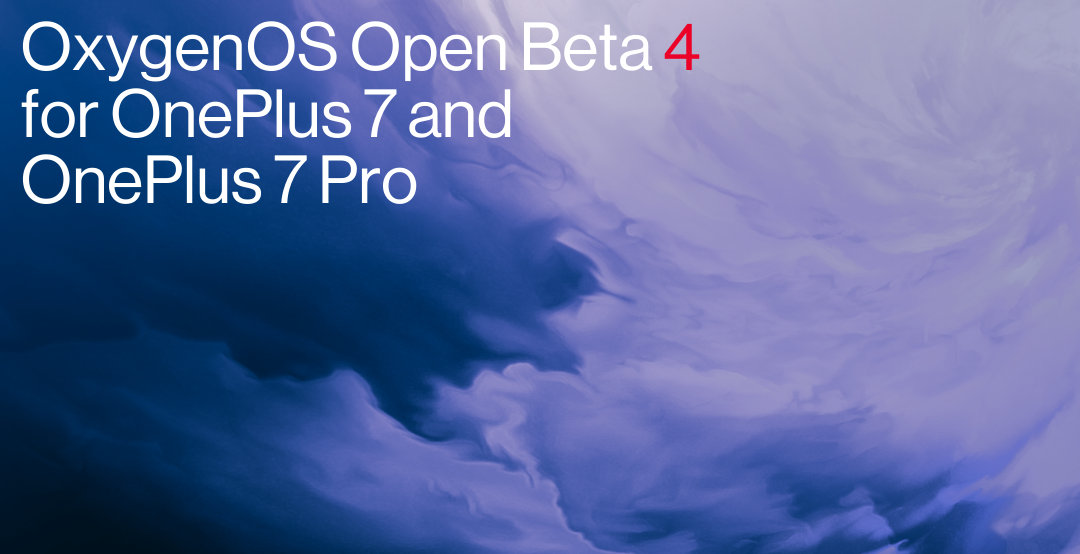 The latest Oxygen OS Open Beta 4 for OnePlus 7 and 7 Pro brings huge system improvements, bugs fixes, and updated stock OnePlus apps. As for the system improvements, OnePlus has fixed the screen flashing issue while setting up the fingerprint security. The manufacturer fixed issues with Android Auto or vehicle’s navigation system. Fixed disabling of mobile data issue after an upgrade. The manufacturer also brought some optimizations to the visual effects for the permission’s pop-up window and other third-party apps.

The previous Open Beta 3 for OnePlus 7 series optimized GPS performance and improved the overall system stability. It also fixed crashing of the WhatsApp notifications. Most importantly, issues with the shadows and crash issues with gesture navigation has been addressed.

Updated: Open Beta 4 for OnePlus 7 is now available for download. The OTA update download links has been posted below.

Here is the latest official OxygenOS based Open Beta 4 firmware update for OnePlus 7 and 7 Pro is now available for download. It is based on Android 10 and if you are already on the Open Beta 3, then you will receive an OTA update. Go to settings > system update > check for OTA updates. The OTA comes in a small package around 119 MB in size.

However, if your device is on the stable Oxygen OS 10, you will need to manually install Open Beta 4 onto OnePlus 7 (Pro) via local upgrade method. The stable channel rollback package is also listed below. Here are the full firmware (ROM) download files.