Google’s 4th generation flagship phones called the Pixel 4 and the Pixel 4 XL are just about to launch in October next month. There have been several leaks and we know almost everything about the two phones by now. If you haven’t already, then you can check out the first impressions of the Pixel 4 device from our Pixel 4 and Pixel 4 XL wallpapers post. Plus, we already have the latest Google Camera 7.0 mods from the Pixel 4 available for download from several developers. Here you will find the stunning Google Pixel 4 Launcher (updated Pixel Launcher), Pixel Themes app, and Google’s updated wallpaper picker app called the Pixel Wallpapers APK.

The Pixel Launcher comes pre-loaded with several features like support for navigation gestures, dark mode/theme, app actions, notifications dots, new swipe down gesture to pull down notification panel, and support for Google’s styles and wallpapers app. The Pixel 4 launcher is very similar to the Android 10 launcher that we posted about earlier. This is just the updated version and can run it on most of the previous generation phones including Pixel 3, 3 XL, 2, 2 XL, 1, 1 XL, and the 3a. The updated Pixel launcher features a new pull down notification panel gesture when you swipe down on the blank portion of the home screen. This functionality is already present on most of the custom launchers like Samsung One UI Home, Poco Launcher, etc.

Moreover, here we have the most anticipated Pixel Themes APK available for download. As the name suggests, Pixel Themes is a newly added app for theming and customizing all the section of the user interface. It allows users to easily customize their Pixel phones with new accent colors, icon shapes, and fonts. This is the first time Google has stepped into providing UI customization built into the phones.

Combing the Pixel Themes app with the latest Pixel Wallpaper APK will give you all the customization you need. In order to theme your previous generation phones, you’ll need to install the Styles and Wallpapers app as well. The app will simply update the existing Google Wallpapers app installed on your phone. Full instructions below.

Here is the hand-on video of the Pixel 4 XL by Nextrift: 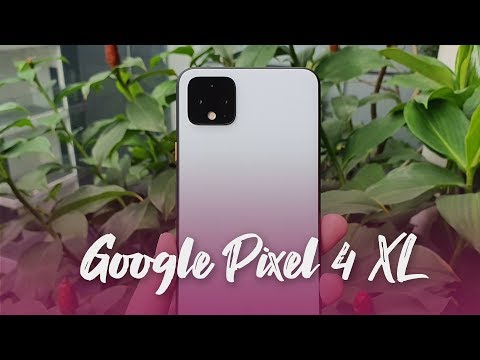 Here is the updated Pixel Launcher from the latest Google Pixel 4 and 4 XL devices based on Android 10. This is not the modded version so it will only install on devices running Android 10 or later including all the Pixel-series phones. Not tested on previous Android versions like 9.0 Pie, 8.1 Oreo, 7.1.1 Nougat, 6.0 Marshmallow, or 5.0 Lollipop.

Note: For Google Drive link, download on PC and then transfer it to phone storage and install. Or you may encounter a parsing error.

This is just a launcher. It does not come with the new swipe gestures from Android 10. It does come with the system-wide dark mode. But you will need to enable the Night Mode first. It will also respect your phone’s default navigation gestures, theme, icon packs, and more. You can enable dark mode from developer options or toggle night mode using ADB commands. You can also combine the launcher with the best Samsung Themes!

How to install Pixel Themes app?

Check out the tutorial How to Enable System UI Tuner Settings to know how to use ADB commands.

Thanks to 9to5Google for the apps. Also, thanks to Tim Schofield for the featured image.