Android 8.0 Oreo seems to be spreading its presence into every device gradually. Amidst all the beta programs for introducing Android O, now Honor 8 Pro from Huawei also getting a bite of the Oreo. Yes, Android 8.0 Oreo Beta for Honor 8 Pro is now live and rolling. Although being a Beta build, it brings forth a lot of new changes and upgrades. AI-based optimizations are the key feature in this update. It also brings more privacy and App security. Personalization has become cooler with 3D lock screens and wallpapers. New recycle bin feature is introduced to restore deleted files from gallery. More on the new features can be seen in the changelog posted ahead. The Beta program is initially rolling for the Chinese version of Honor 8 Pro.

This Beta firmware brings the software version number DUK-AL20 8.0.0.315(C00) to the Chinese variants of Honor 8 Pro namely for the DUK-AL20 model. As a rule of thumb, the beta version rolls out for a few specific regions. But soon the stable version will be out globally.Also, you can enroll with the Huawei Android 8.0 oreo Beta Program.

The beta rollout really brings a massive changelog to the device. It’s quite imaginable if the beta rollout brings so much, what the stable update might bring. Let’s see what are the new features the Android O Beta brings for the EMUI 8.0 Honor 8 Pro.

Apart from the Chinese variants now European variants of Honor 8 Pro can also install the Android 8.0 Oreo Beta. Huge thanks to developer OldDroid who rebranded the factory image and made it TWRP flashable. 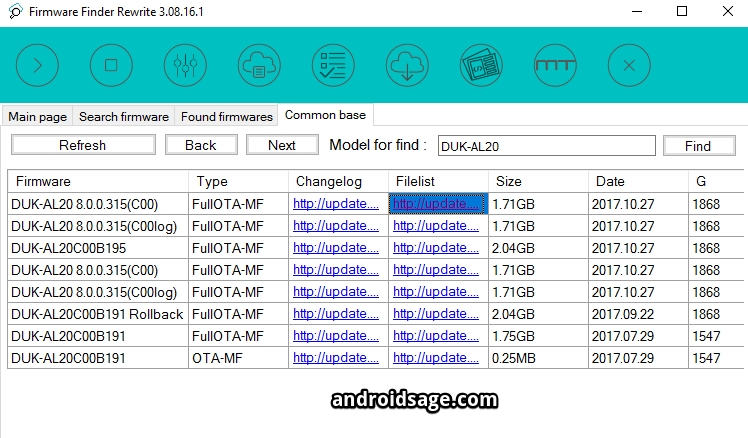 Alternatively, we have captured the full OTA updates package to flash over the Chinese or European variants of Huawei Honor 8 Pro.

Step 5: Flash the TWRP recovery via Fastboot. See: How to unlock bootloader and flash TWRP?

Note 2: Here is the flashing command for the modified TWRP.

Step 6: Use the above TWRP recovery to flash the stock factory image of Android O Beta onto Honor 8 Pro.

Now, install it to enjoy all the amazing new official EMUI 8.0 features for Honor 8 Pro. Also, follow us and keep an eye on the Android O stable version rollout.