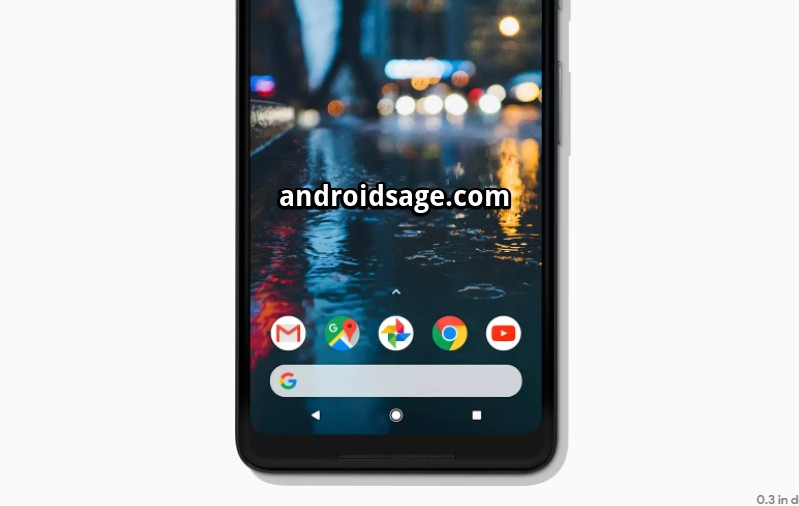 The latest version of Pixel launcher 3.7 is based on the Pixel 2 XL’s 8.1 Oreo framework and the Android P for supported devices. It also features an automatic dark theme. You will also see a new set of icons, a swipe up gesture for app drawer, a swipe right gesture for Google card, and app shortcuts for compatible apps. Apart from that, all the previous mods are included in this build.

The Pixel Launcher 3.0 works with Android 5.0 Lollipop, 6.0 Marshmallow, 7.0/7.1 Nougat, up to the newest 8.0 Oreo stable. The best part is it works without root. Yes, it is a rootless launcher. Now, download the latest Google Pixel Launcher 3.7 from Android 8.1 Oreo.

Here’s the changelog as per his github page: (1)App drawer resizing has been reverted and adapted for all Android versions, (2) Backported shortcuts work more consistently, (3) Microphone icon works like the real Pixel Launcher, (4) Tablet (Pixel C) screen size profile has been added, and (5) Animation bugs have been fixed for the hotseat and app drawer.

Pixel Launcher is the stock experience from the latest Google Pixel 2 and the Pixel 2 XL which are now updated to the latest Android 8.1 Oreo. phones by Google. Personalized information from Google is just a swipe away.

You will see a Quick access to Google Search Widget on your primary home screen. You will also see swipe up on the bottom favorites row to find your apps from A-Z.

Revamped app drawer with most favorite app at the top row using App Suggestions. You will see apps in A-Z list.

App shortcuts lists the app features and locations such as settings by long pressing on the icons.

The Pixel 2 launcher has been updated to v3.2 with Android 8.1 Oreo. It is a rootless method to get the latest 8.0 Oreo experience on any of your Android phones.

There are two versions of Pixel Launcher 3.4. One is the AOSP version and the other has some changes in the logo. See for yourself which you like.

There are two versions of Pixel Launcher 3.4. One is the AOSP version and the other has some changes in the logo. See for yourself which you like.

There are two versions of Pixel Launcher 3.4. One is the AOSP version and the other has some changes in the logo.

This Pixel Launcher has a revamped dock style and Google now widgets similar to the upcoming Google Pixel 2’s Android P Developer Preview 4. See the screenshots from below.

For the latest Pixel 2 experience, download the Google icons APK listed below.

Install the app as normal APK. Later, set it as a the default home. Thanks to – amirzaidi