We have already posted the December security updates for the Android wear earlier. A number of vulnerability patches and bug fixes are released every month under the AOSP project. Moreover, the Android Wear 2.0 Developer Preview is also available for some devices including the Huawei Watch, LG G Watch Urbane, etc. However now, the January security update has been released for Huawei Watch with firmware build number M9E42C. It is based on Android 6.0.1 Marshmallow and not the Android 7.0/7.1.1 Nougat.

The official Android Wear 2.0 is on its ways to many smart gears like the Moto 360, LG G Watch, Sony SmartWatch 2/3, Asus ZenWatch 2, and much more. So finally the Developer Preview will be out of Beta and a stable one shall be released early next month – February 2017. Meanwhile, if you own the Huawei watch you can grab the OTA download link and update it via adb sideload method with the latest firmware. The OTA weighs not more than 9 MB and comes officially from Google’s servers. 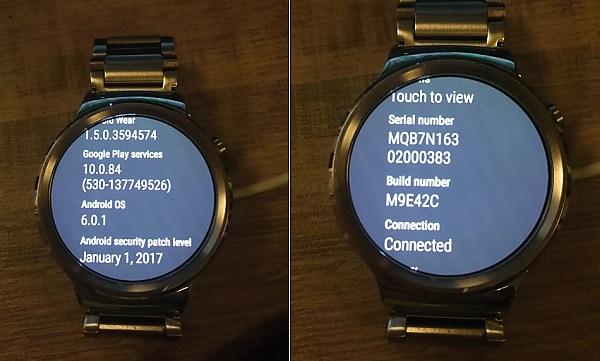