Following the startling Android N Developer Preview for the Nexus and Android One devices, Google has now released the Android Wear 2.0 Developer Preview for the various wearable Android technologies starting with the smartwatches like LGE Watch Urbane 2nd Edition and the Huawei Watch. This is a new project from the AOSP development team and Brett Lider, the Design Lead for Android Wear, has brought a demonstration video for the same. The video shows the preview of the new stunning UI for various Android wear with the new Android Wear 2.0 update. The 2.0 preview brings system UI changes, new navigation model, notification streams, and material design for wearables. We have already brought to you the OTA downloads for the official Android 6.0.1 Marshmallow update for various Android wear or smartwatches like Huawei Watch, LG Watch Urbane, LG G Watch, LG G Watch R, Motorola Moto 360, Samsung Gear Live/Gear 2/Neo, Tag Heuer, Fossils Q Founder and much more. While you can find the official OTA and the installation tutorial from our Huawei Watch, Sony SmartWatch 3, and Asus ZenWatch 1/2 posts. However, here we are with the Android Wear 2.0 Developer preview full factory images. Currently, only LG and Huawei supports this. We will be updating the post as we get more links. UPDATE: Android Wear 2.0 Developer Preview 2 is now available for download as full factory images with new AOSP build number nvd83h. Get it from the download section below.

How to Install Android Wear 2.0 Preview On Smartwatches With Factory Images?

The listed devices are full factory images and hence, you need to perform a clean firmware flash. This requires you to flash all the files from firmware via fastboot mode. Flashing the Android Wear 2.0 Developer Preview on the smartwatches like LG Urbane and Huawei watch is just like flashing the Android N developer preview on Nexus devices. Hence, grab the Android 2.0 wear from above and head over to this tutorial: How to Install Android Wear 2.0 Developer Preview. You may also try the Developer Preview OTA beta program for the same. Just look for your device. If it show’s your device then just sign up for it and you will get an Android 2.0 OTA update notification.

Before you proceed, check out this Android Wear 2.0 Preview demonstration. It shows the various changes and also, learn how to make beautiful watch faces and make them useful. it also shows more engaging messaging experience. 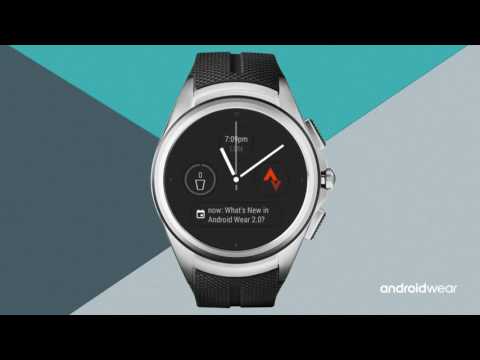