Update: LG G6 Oreo for the European Open variants H870 is now available for download with firmware build number H87020a in the form of KDZ file format.  LG is now rolling out official Android 8.0 Oreo for its previous flagship LG G6. We have already posted about the LG V30 receiving the Oreo firmware update for all of its variants. Now, some of the variants of LG G6 have started receiving the same OTA update. These variants include the Korean G6 model (G600L) and the Canadian model (H873) as well. So go to Settings > System updates > and check for any OTA update notifications. If not, then you can seek the full stock KDZ firmware files from below and flash it using the upgraded LGUP flashtool.

The new Oreo firmware comes with a new build number H87320c for the Canadian variant. It also features the March 2018 Android Security Patch and all the Oreo goodies. Most importantly, it brings the new LG UX 6.0. Unfortunately, the global variant H870 has not received any Android 8.0 Oreo OTA. However, there are ways to update the LG G6 H870 and other variants using an Oreo ROM port. We have listed multiple ways to update a variety of LG G6 device to Oreo right now. 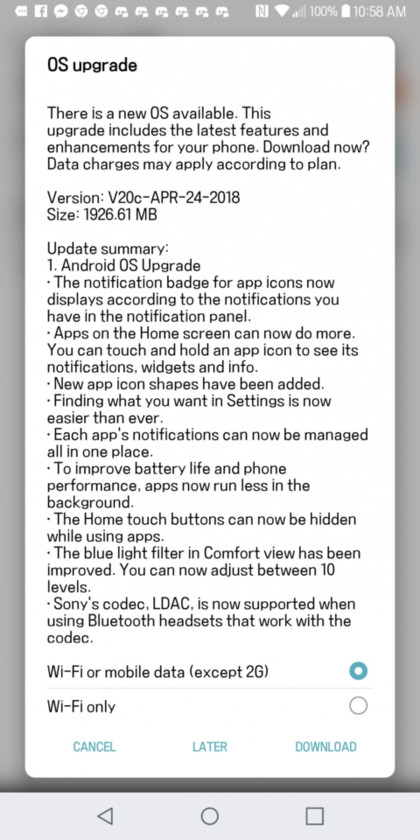 The KDZ is currently only available for the Canadian and Korean variants. For the international or European variants, see below. 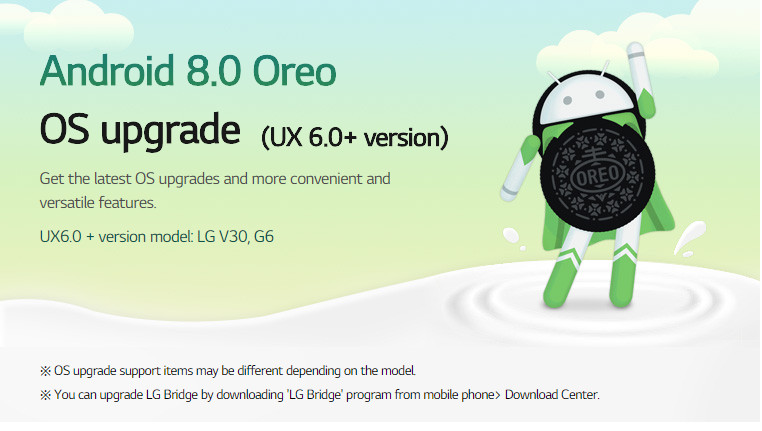 This is an Oreo port created from the official Android 8.0 KDZ. Apaer from this, it has several features such as it is based of the stock KDZ firmware LG-H870 OPEN EU 11G ROM. It also has stock Build.prop, the ROM is non-rooted, boot.img has been modified to keep TWRP recovery, removed dm-verity, and remove force encryption as well.

Enjoy your Oreo ROM on your LG G6 device.