Is the new update based on Android 7.1.1 Nougat? No! Unfortunately, the update is not based on the highly anticipated Android 7.1.1 Nougat from Samsung. This is because almost all the features are already present in the Samsung Experience 8.1 Android 7.0 Nougat build. We may expect a direct jump to Samsung’s Android O for its premium devices.

We have already seen similar security update to other Samsung Galaxy devices like Galaxy S7/S7 Edge. The first August Security update was released for Galaxy J7 Prime even before Google officially released it for Pixel and Nexus series phones. Other Galaxy phones shall follow the same fate.

The August security update brings optimization to the Auto brightness control and improved PC connectivity. Not much is listed on the change log for that matter. But it may include core Android stability, bug fixes, and OS optimizations. 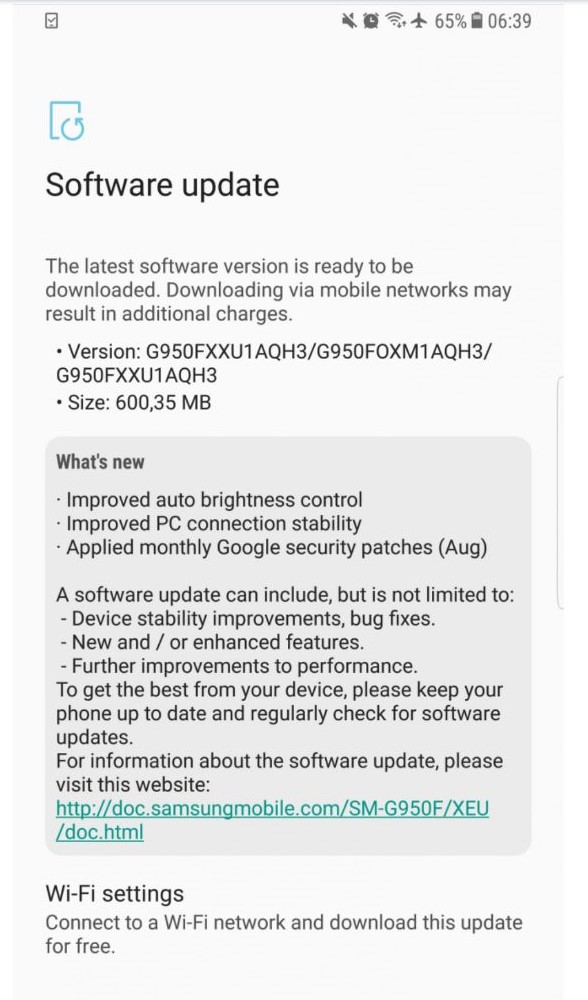 The method is simple. All you need to do is

Step 2: Go to Settings > About Phone and note down the exact model number for your device.

Step 3: Head over to this post and find the CSC or product code or Region device belongs to.

Step 4: Put in all the details into the SamFirm tool.

Step 6: See how to install the August 2017 security update via Odin tool.

Moreover, we already have latest 7.1.1 Nougat firmware from Samsung available for download. It has also been ported to Galaxy S8 international variant fro now.