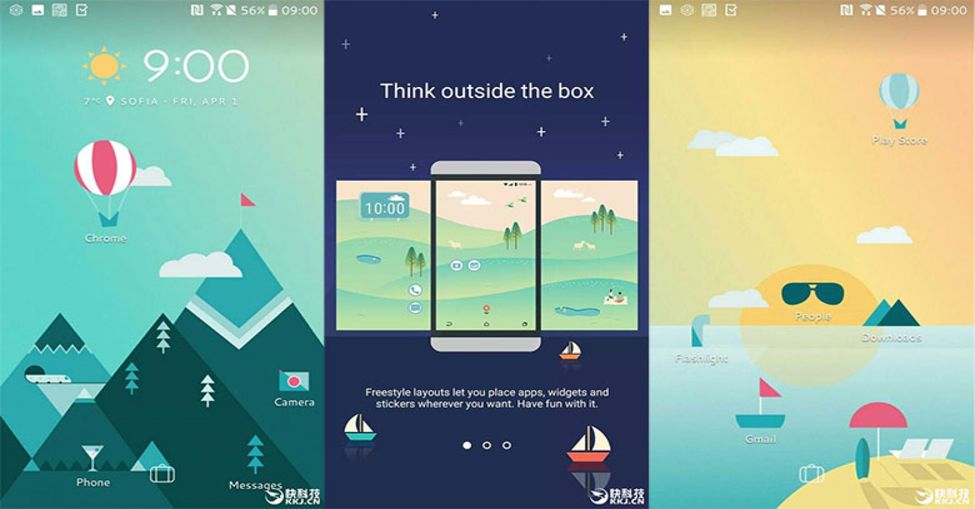 HTC, the Taiwanese manufacturer of smartphones and tablets has already launched the latest flagship HTC 10. With the brand new phone comes the stunning Sense 8 UI. The Sense 8 is based on the latest Android 6.0.1 Marshmallow firmware and is now available for many HTC 10 variants like the Global, Verizon, Sprint, T-Mobile, etc. As the firmware from the HTC 10 is now available, developers and Android enthusiasts have started extracting and porting this new ROM onto their HTC One series devices. One such device is the HTC One M9 that can now run the new Sense 8 based custom ROMs giving the functionality of the HTC 10. Just like the HTC One M8, that received similar Sense 8 ROM port and a lot of praise from the M8 users, here we are with the HTC 10 firmware for the One M9.

Even though HTC has promised the upcoming Android N update to many of its devices, it may take time for the firmware to actually hit the HTC devices like One M8, the One M9, A9 and of course the flagship HTC 10. Hence, there is plenty of time to try new firmware and especially the HTC 10 Sense 8 ROM ported for M9. Sense 8 brings new user interface battery performance, and a brand new Android 6.0.1 build.  Hit the download section below and grab some of the best HTC 10 Sense 8 Marshmallow ROM Ports for the M9 and most of its variants. Before you proceed, make sure the bootloader is unlocked from HTCDEV or at least S-OFF and also has a custom TWRP recovery installed. The Sense 8 ROM For HTC One M9 support almost all the variants and some of them will update the device to Android 6.0.1 Marshmallow HTC 10 firmware.

As claimed by the developer, this is the only true HTC 10 RSense 8 ROM port for the HTC One M9 all variants. The S.Team S4.1 M9 ROM is based on the latest HTC 10 1.53.708.4 firmware and has been ported from the Snapdragon 820 exclusively for the M9. The ROM is compatible with all M9 models and comes with the AROMA installer with a capability to choose your variant and features you want like Sprint, T-Mobile, Verizon, AT&T, and Global HTC M9. ROM includes Auto CID Configuration. You may need to set the APN manually for CDMA carriers.

This ROM has not been updated for the Sense 8 yet. However, we may expect it soon as the ROM is now available for HTC One M8. It supports most of the HTC One M9 variants. Choose variant in AROMA. SkyDragon M9 v3.0 based on Android 6.0  Marshmallow Sense 7.

Warning: Once you root or install a custom ROM, your warranty may be void. We won’t be liable for any damage to your Android device. A backup is highly recommended. Reader’s discretion is advised.

For this guide to work, make sure you have S-OFF, unlocked boot loader, and custom TWRP recovery installed. If you already have TWRP, then backup, wipe and flash the ROM directly. First, download the required file from the download section. Now transfer the file to your device’s internal storage or SDCard and flash using TWRP. For a detailed tutorial, follow the steps below.

Step 1: Reboot into the TWRP recovery. To do so, turn your phone off completely and press the volume down and power buttons simultaneously for a few seconds.

Step 2: Once into the TWRP recovery, backup everything.

Step 4: Go to home screen and tap “Install” and flash the Sense 8 ROM.

Step 5: Follow all the instructions in the AROMA installer.