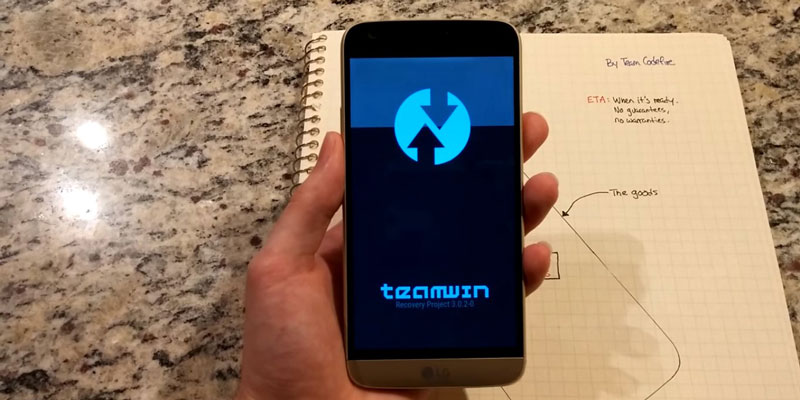 Ever since the launch of the LG G5 at the MWC 2016 event, the newest flagship phone from the Korean manufacturer has been one of the most popular modular devices in town. Even though the device is not yet available worldwide, the development has already begun and some developers have brought the root and TWRP installation procedure to the LG G5. Developers like Autoprime and Team Codefire seems to have already obtained interesting results and made a video available to Android enthusiasts for the same.

In the video, Tylerfixer, a member of the team, reveals the progress of its work on the H830, the T-Mobile variant of LG G5 that was present on the MWC stands. In two minutes, the developer shows that the phone is properly rooted with working SuperSU package. He is also seen accessing root files or normally hidden folders via a file explorer which could not be accessed otherwise. You can also see the TWRP setup on the device which is and alternate and one of the most popular recoveries among Android users. According to him, there is still work to do on this side so that everything works correctly, but it is already good to see that a first step has been taken. This means that the developers have also unlocked the bootloader successfully as a custom recovery can’t be setup without it. As the T-Mobile variant of the G5 gets rooted, soon other devices may see it.

Earlier we brought to you the firmware and  System dump files from the LG G5 and ever since the files were available, we have seen ports like app and feature port etc. to other devices like the LG G4 and the G3. You can also download the LG G5 Live wallpapers, stock wallpapers, stock ringtones, UI tones, notifications tone etc. from the same. You may also be interested in the new LG G5 launcher Home 4.0 from it’s latest LG UX 5.0 of which a video was released earlier this month.