OnePlus 8 is an upcoming flagship smartphone from OnePlus that will be announced next year in 2020. OnePlus releases smartphones every 6 months so you can expect the OnePlus 8 launch date set somewhere in April 2020. Most importantly, the OnePlus 8 images and video renders just leaked renders featuring a punch-hole camera cutout just like the Samsung Galaxy S10 series phones. According to the leaks, the OnePlus also ditched the round camera setup found in the OnePlus 7T and stick with a linear camera setup in the regular OnePlus 8. The CEO of OnePlus also promised that all of their upcoming smartphones will feature a 90Hz display or more.

Moreover, the regular OnePlus 8 is alleged to feature a punch-hole camera cutout on the display and a curved screen. As Samsung Electronics manufacturers most of the display panels found on various smartphone, it is quite logical that OnePlus may go this way with an Infinity-O display. So you can expect the Galaxy S10’s screen with a 90 Hz display or more. This may also help in reducing the manufacturing costs and thereby keep the OnePlus 8 price lower.

OnePlus 8, and possibly the 8 Pro, could also feature Qualcomm’s latest Snapdragon 865 chipset and the next generation GPU; possibly Adreno 650. Not much is know about the phone right now as it is early to predict. However, what we know for sure is that the device will definitely feature Android 10 or later based on Oxygen OS 10+.

All these leaks come from one source called OnLeaks. Now, according to the popular reviewer Dave Lee, the OnePlus 8 leaked images can be trusted because most of the OnLeaks leaks from the past have proven to be true. Here is a take of the OnePlus 8 device by Dave2D: 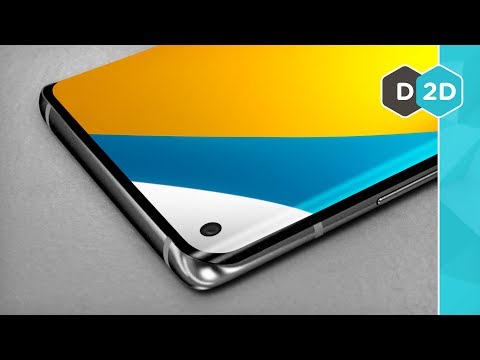 Now, if you are looking for the stunning wallpapers from the leaked OnePlus 8 device, then look no further because here are the stunning OnePlus 8 wallpapers for you available for download in 4K resolution. Here is the complete OnePlus 8 image gallery for you.

The OnePlus 8 video and stock images just leaked in the Glacier Blue variant. Following you will find the stock OnePlus 8 wallpapers available for download in 4K resolution 2160 x 4683 and ultra HD resolution 1440 x 3120 in a combination of Never Settle tag and without it. These wallpapers will work great on your Android phones and Apple iOS based iPhones. Download ans set them as home screen or lock screen wallpapers.

Earlier last month, OnePlus released their latest T-series smartphone called the OnePlus 7T. It comes in three new colors – Glacier Blue, Matte Frosted Black, and Silk White. If you are inclined, you can download the OnePlus 7T wallpapers stock and live along with the OnePlus TV wallpapers.

The stock and live wallpapers comes from the creator Hampus Olsson and are now available for download in 4K resolution. Official OnePlus 8 official wallpapers from the official press release will be updated here at launch. So stay tuned!

Also, here is the video render of the OnePlus 8 by CashKaro: 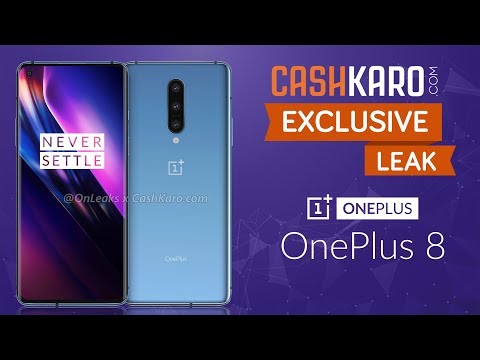 Thanks to OnLeaks on Twitter, CashKaro, and 9to5Google for the images.