Call of Duty Mobile is a free to play online modern warfare game that features different modes like the standard Multiplayer mode (similar to Counter Strike) and the newly launched Battle Royale mode (similar to PUBG). The Battle Royale’s entry into COD mobile took the world by storm as it is the most popular multiplayer mode right now. The game and all of its modes are already available for download right now and ready to play via beta program.

Table of Contents show
1 How to fix network error or authorization error in COD mobile?
2 How to fix black screen after the Activision logo in COD Mobile?
3 Ping rates: How to fix latency while playing game
4 Fix “The device does not meet the minimum requirements” in Call of Duty mobile
5 Fix for low graphics: How to improve graphics in COD Mobile?
5.1 Setting custom profile in Game Launcher or Gaming Mode
6 Fix guns not appearing or shooting in COD Mobile

However, as Call of Duty Mobile is in beta version, users encounter errors from time to time. While the development team from Activision and  Tencent Games are constantly fixing errors and bugs, banning cheaters, and avoiding hacks, there are still some technical errors found in the game. As the mobile version of the game is only available in India for now, manually installing the APK and using a VPN app is the only option to access it from other countries or regions like the United States, UK, Germany, France, etc, using . So it is quite normal that you may face errors from time to time.

Well, if you have downloaded the Call of Duty Mobile APK file and OBB file from our tutorial, you should not not get any errors or issues. However, if you are still facing errors in the game, then here is how to fix the most occurring errors from COD Mobile and improve your gameplay.

How to fix network error or authorization error in COD mobile?

Authentication error or the Network error is basically due to servers not being available for you. As we know Call of Duty Mobile is only available in India under closed beta testing program, you will need to be on the live servers. Otherwise you will get a network error, also known as, Authentication error. If you are accessing the game from other countries like the United States then you need to be on the Asian server.

The best way to avoid the network error or authentication error is by using a VPN app (tested working VPN apps are SafeVPN or FlyVPN) and set the location to “India”. Once done, restart the game and wait for the servers to come back online. You may need multiple tries for successfully entering the game.

How to fix black screen after the Activision logo in COD Mobile?

If you are seeing a black screen after the Activision logo when you launch, this means that the data file (OBB file) is missing from the location it is supposed to be or the data is incomplete or corrupt. The OBB file is the most important file of any game. It consists of all the data from the game like maps, videos, graphics, etc. So basically the entire game.

In order to avoid the black screen issue in the Call of Duty, you will need to download the OBB file from the link above and transfer it it at the following location:

Launch a file manager and create a folder called com.activision.callofduty.shooter under Android/obb. Paste the Call of duty OBB file in the newly created folder.

If the OBB file data is corrupted, then you can also uninstall the entire game and install a fresh copy of the game via TapTap game client app (download link). The app will help you to download the game APK and will automatically set the OBB file for you making it easy to setup. But we recommend using our link above.

Ping rates: How to fix latency while playing game

If you have a poor internet connection or using a bad VPN to access a specific server, you can set a custom DNS to improve the latency in the game you are facing. Setting a DNS will lower latency and balance the ping rates too.

While lower ping rates mean faster connection to the servers, some argue that having higher ping rates while gaming have an unfair advantage over others. This is because the game favors the higher ping rate users to balance out their poor connection. This especially happens in PUBG mobile. However, that is the topic of another time and there is not enough evidence to support it as well.

To be sure, settings up a DNS will balance out the ping rates and give you a good advantage in the game’s network. You can set various DNS over WiFi or router level or even on your Android phones on mobile data level.

Here is how to:

Well, the error is self-explanatory. There is nothing much you could do other than upgrade your phone or wait for the game’s compatibility for your phone’s hardware from the developers officially. Call of Duty mobile is a new generation graphics incentive game. So it needs good hardware specifications to run properly.

The minimum requirements for COD Mobile are:

Fix for low graphics: How to improve graphics in COD Mobile?

Despite having higher configuration than the minimum requirements on your phone, some users are seeing lower graphics. The low graphics are not as all polished and looks very poor. What you need to do is set the graphics to Medium, High, or Max in the game settings.

However, despite settings graphics to medium or high, if you still see low graphics then the culprit is most likely the built-in Gaming Mode on your phone. Most OEMS are now implementing Gaming mode in their firmware. For instance, Fnatic mode on OnePus 7 Pro, Game Launcher on Samsung Galaxy phones, or the Gaming Mode on previous generation OnePlus, Xiaomi, Asus, Huawei phones.

So you will need to tweak the Game mode options and set a custom profile according to your usage. Set it to maximum performance, set the resolution to high or max, and set the FPS to high or Max too. Usually, the balanced mode or the maximum batter mode lowers the screen resolution and hence the graphics options on COD mobile doesn’t respect your phone configuration.

For reference, we are using Game Launcher found in Samsung galaxy phones. It can also be accessed from the notification panel while in the game.

For older Samsung devices use the Game Tuner app

Older Samsung phones running on Android Nougat or earlier builds still use the Game Tuner instead the new Game launcher found in Samsung’s One UI. This is better, because Game Tuner has many great options and settings too. Use the same settings as that of Game Launcher listed above. 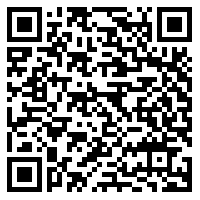 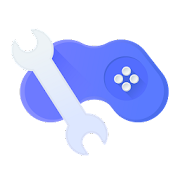 Fix guns not appearing or shooting in COD Mobile

While, the guns not appearing or shooting bug has officially been fixed, if you still face the issue, then do the following: