It’s a bit unusual to see an older flagship model getting the latest August 2017 firmware update. But Samsung always prefers to plays against expectations. And Samsung is still on its spree of rolling August 2017 updates to all its devices. And in the process, older flagships are also receiving the latest updates. And with that said, Samsung has rolled out the August 2017 Security Update for Galaxy S5. This firmware update has started rolling out in the Netherlands in the form of OTA (Over The Air) update. The firmware update weighs around 75 MB. And it basically aims to fix a few bugs and improve the performance of the device.

This brings the firmware build number G900FXXS1CQH1 for the Galaxy S5. And this update is based on Android 6.0.1 Marshmallow. Since it’s a relatively older model, it still runs on the earliest version of  Android Marshmallow. Also, for the same reason, expect no Android OS update for Galaxy S5. Since the update is rolled out Over-The-Air, so, it might take a while to reach your device. But You can also download and install it manually the update directly from the Samsung’s server.

Let’s take a look at what info and features the latest firmware of the August 2017 Security Update for Galaxy S5 have to offer.

The firmware update is still based on the Android 6.0.1 Marshmallow and not the latest Android 7.0 Nougat. Nougat updated based on August 2017 security patch is being released for Samsung Galaxy S8, S8+, Galaxy S7/S7 Edge, and even the S6 series. The S5, unfortunately, may never see the Nougat firmware update. this is because the device is out of the official support period. However, the S5 will continue to receive Security Patches and bug fixes. 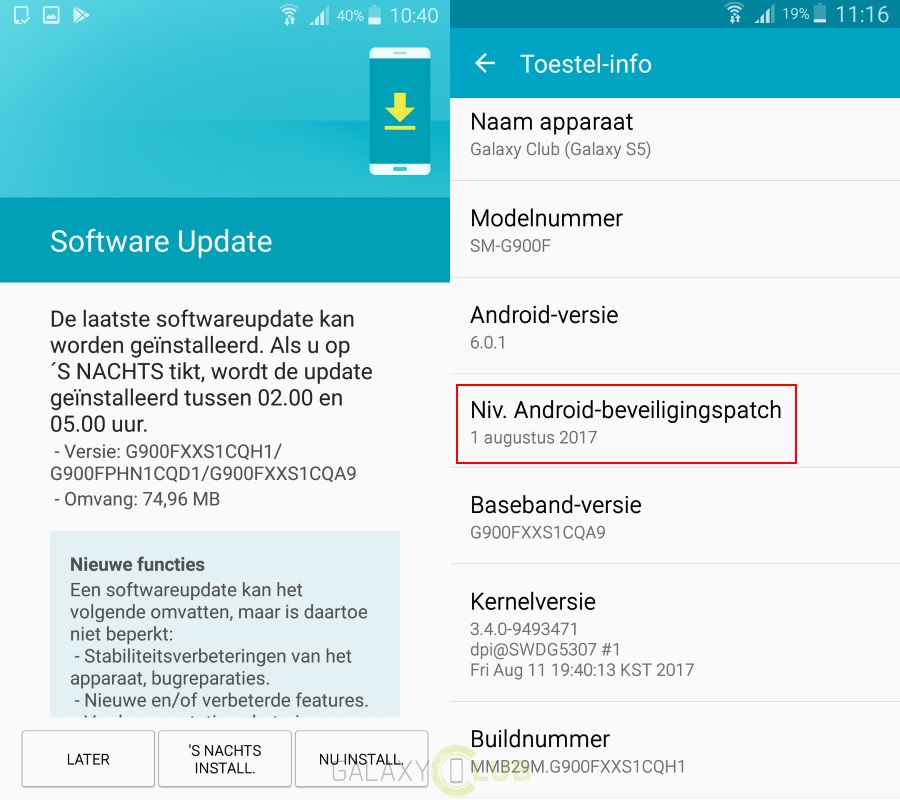 What’s New with the August 2017 Security Update for Galaxy S5?

How to download and install August 2017 Security update for Galaxy S5?

There are basically two ways to install the August 2017 security patch updates on Samsung Galaxy S5. The first one is to download OTA(Over the air) update and install it via stock recovery. And the second way is to directly download the firmware from Samsung servers and restore the device to complete stock via latest Odin Tool.

Also, the OTA is rolling out in waves. So not every device will receive the update right now. You can use the alternative Odin firmware flash method for that.

OTA Updates can be captured by going to device Settings > Software Updates option. Try to connect to a strong WiFi connection since the update is sized around 75 MB.

Step 4: See how to flash or restore the device to complete stock using Odin Tool. 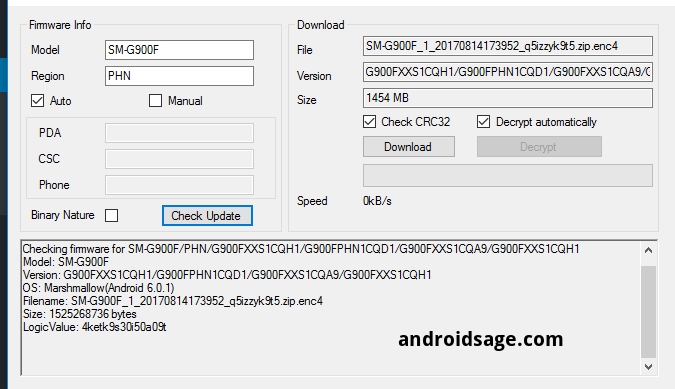 Therefore, wait for the OTA update to be available for your device to install. And also You can directly download the August 2017 Security update for Galaxy S5 as stated above.