There are reports of the official Android 7.0 Nougat OTA update rolling out for the Note 5 – which is second in line to the Samsung Galaxy series. This new update comes with the firmware build number N920CXXU3CQB2. Moreover, the developer base or as they call it, the firmware dump, is already available for download for the Note 5 variants. The ROM is based on Nougat and possesses most of the features from the Nougat for Galaxy S7 and S7 Edge.

The Note 5 Nougat dump was first spotted at a Vietnamese blog right after the official QB2 OTA update which was received by one of its users on to Note 5 SM-N920C variant. This makes the N920C the second device from Samsung to receive official Nougat. With the Nougat developer base available for the Note 5, XDA member geiti94 has come up with a TWRP flashable custom ROM called Nemesis. The dump has been compiled into two custom ROMS with support for almost all Note 5 variants.

The Odin firmware files for N920CXXU3CQB2 Nougat is not yet available. However, we shall update the links here once available. So stay tuned. Meanwhile, you can proceed with the following custom ROMS and flash the Android 7.0 Nougat based Note 5 official firmware.

Download Note 5 Nougat firmware dump- The firmware dump is not an Odin flashable TAR file. It is for development purposes only and includes the latest Nougat sources.

The following Nougat ROMS for Note 5 work for most of the variants. Check the compatibility from below. There are 2 ROMS at the moment. The first one is Nemesis ROM and the other is developed by one of the members of SamsungVN.

Nemesis Nougat ROM for Note 5 has been tested only for N920C/I. You may proceed with flashing it on other variants. However, backup first. For latest versions, visit the source.

The above custom ROM works with: 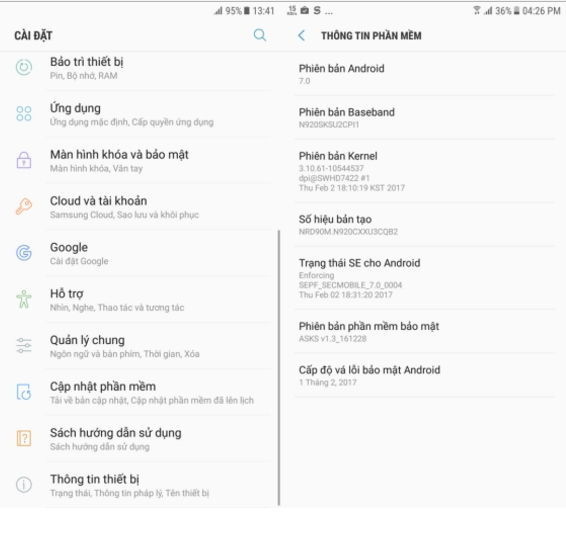 How to Install Android 7.0 Nougat based N920CXXU3CQB2 firmware on Note 5?

The Nemesis ROM can be flashed directly via TWRP without needing to flash the Bootloader or modem for N920C. For the second official Nougat ROM, go through the following.