Paramount+ is a new streaming platform from the popular Paramount Pictures studios owned by ViacomCBS. Paramount started with a basic cable television channel and became a full fledged movie and TV production house. Paramount+ now hold thousands of shows ranging from CBS, MTV, Comedy Central, Nickelodeon, and VH1, to the new original content. Download Paramount+ app for Android on the Play Store and for Apple devices on the App Store.

The latest Paramount+ streaming service officially launched today in the North America including countries like United States, Canada, and Latin America. It comes in direct competition with Netflix and Disney+, HBO Max, Amazon Prime, and Hulu.

ViacomCBS offers two types of subscription to Paramount+ users. One is a premium, commercial-free plan priced at $9.99/month, and the second is Ad-supported plan priced at $5.99/month. Both subscriptions include access to live sports, CBSN breaking news, CBS’ live feed, Paramount+ originals, and more. Paramount+ also gets you 4K, Dolby 5.1 surround sound, HDR, and offline download options in the premium package.

Download the latest Paramount+ APK here. If you are installing from Play Store, then you will get the complete package. However, if the Play Store says that “This app isn’t compatible with your device”, then download the APK from below and combine them using the default app manager. 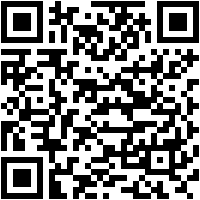 Unlike Disney+, the Paramount+ app comes as a standalone APK. So you don’t have to worry about multiple APK or Apps. Simply grab the HBO Max APK from below and sideload it onto your Android device. However, there are two different versions of the app – one of the Android TV/Box and a universal build.

Paramount Plus is now available on Roku, Fire TV, Samsung TV, Apple TV, and Chromecast and all Android TV devices. Downloads below.