Call of Duty Mobile is one of the most popular upcoming games for mobile phones. It has already crossed millions of pre-registration on the Play Store; which is huge considering it is still closed beta. CODM is a modern graphics-intensive mobile game. So it does not support all Android devices especially the low end smartphones. It requires a minimum of Snapdragon 625 processor with Adreno 506 GPU and at least 3 GB of RAM. If you play it on a low-end Android device, it will throw you an error saying your device isn’t compatible or just run it on low graphics. Here is a way to play Call of Duty Mobile in max graphics and max FPS or even on low-end smartphones with the help of Gfx tools or more specifically GLTools for COD Mobile.

Gfx tools are very common and popular tools amongst mobile gamers. Especially the Gfx tool for PUBG mobile game that enables high or HDR graphics settings along with extreme FPS options that normally aren’t available. So the Gfx tools come in handy which edits the config file in order to give you the best graphics and options available. This not only improves the graphics but also optimizes GPU for better gameplay. I have personally been using the Gfx tool on my Samsung Galaxy S8 to play PUBG mobile to get HDR graphics and extreme FPS. Most importantly, it has helped with lag and touch issues in claw method.

GLTools does the same thing for Call of Duty mobile. As we first reported it in our Fixing Errors in Call of Duty Mobile tutorial, the game needs minimum hardware requirements as follows:

In order to bypass this, we need a special tool called GLTools that can be used to trick the game into thinking the hardware of the phone is higher. As a proof, here is the user u/MaRtYy01 playing COD mobile on a low end Android device called Samsung Galaxy S3 Neo SD400 GT-I9301I using the GLtools.

However, there is one problem. You will need a rooted Android device for GLTools to work. If you are using it on a low end or spare Android device, it is fairly easy to root using the systemless Magisk manager.

Similar to the PUBGfx tool, there are a few COD Gfx tool apps as well. Following we have listed some popular GFX tools that work with Call of Duty Mobile.

Note: Most of the apps listed below are Early Access apps. So it may cause bugs in some Android devices. Choose the best one for your device.

The app was not found in the store. 🙁
Go to store Google websearch 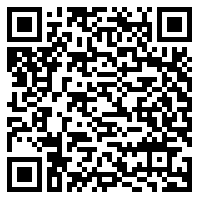 We do not hide anything from our users. We report it as it is. So let’s talk about GLTools APK that we will be using in this tutorial. According to the official website, the GLTools app was banned from Play Store due to some reason. It is common for new apps like these. So you can download the latest APK directly from the developer’s official site.

Will Call of Duty Mobile ban me for using GLTools?

As for the obvious question, will Call of Duty Mobile ban me for using GLTools? Probably not. Now, COD Mobile is developed and maintained by the same developers that brought PUBG Mobile. Gfx Tools users were banned at first from PUBG. But then the developers got along with these tools and users are no longer banned for using it.

So it’s just a matter of time. Moreover, COD Mobile is in a closed beta state and the servers will be wiped clean once the beta testing is done once the official build is out. So you can definitely try the gfx tool out.

Warning: We won’t be held responsible if you get banned. Use GLTools at your own risk. Also, spoofing GPU may lead to overheating of the phone.

Remember, if anything goes wrong, you can always uninstall the game and install a fresh copy.