This new update comes with firmware build number (Baseband version) J530FXXU2BRH5 for the Galaxy J5 2017 variant. This is the first 8.1 Oreo update from Samsung following the Note 9. The latest Note series flagship is one of the only devices to run Samsung Experience 9.5. So the Galaxy J5 and Note 9 will be on the same platform until one of them receives Android 9.0 OTA update.

Currently, only the European regions have received the latest Android 8.1 SE 9.5 OTA update. The first country to receive this update is Poland. Soon countries like Austria, Italy, Spain, Portugal, Romania, France, and more will receive the same for the J5 2017 variant.

Following is the simple procedure to download the full stock firmware update and install it via Odin firmware. You can also flash the Poland’s Android 8.1 Oreo firmware onto your specific region, as long as the device model number is the same and your device should not be bound to a carrier. It should be unlocked. But do it at you own risk or just wait until your region gets the stock firmware.

How to download Android 8.1 Oreo Odin firmware for Galaxy J5? 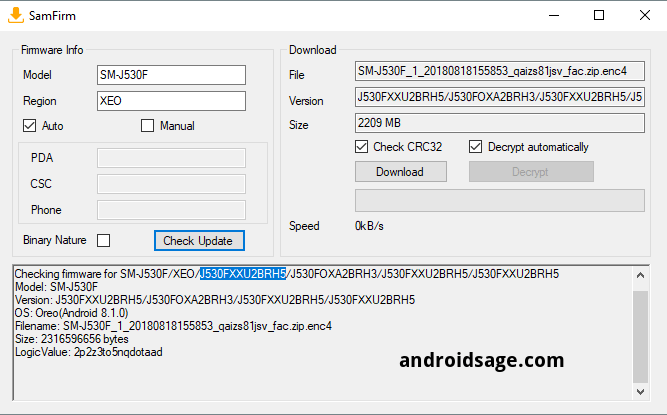 Using this procedure you can get latest stock firmware for Galaxy J5 all variants including SM-J530F,SM-J530FM, SM-J530G, SM-J530K/L/S.