Samsung just released the official stable Android 8.0 Oreo update for Galaxy S8 and S8 Plus flagships. Now that Samsung’s Beta Software Program has finally ended, the manufacturer is rolling out the stable Oreo build across the globe. Most of the countries are receiving the update right now. So if you own an S8 device then go to Settings > Software updates > and download OTA updates manually.

Amid all the S8 Oreo hype, Samsung Galaxy S7 Edge users can also get the official Android 8.0 Oreo update on their devices. This will take your S7 device to a new firmware build number G935FXXU1DQK2. The firmware is based on stock Samsung Experience 9.0; formerly known as TouchWiz. Most importantly, it features the latest January 2018 Security Patch.

A few days ago, a leaked build of Oreo for S7 Edge reportedly rolled out to some users in Vietnam. Users then uploaded the system and Kernel dump publicly. A developer called ProtoDeVNan0 then compiled a stock based custom ROM for all the Galaxy S7 Edge SM-G935F Exynos variants. This ROM is based on the official Android 8.0 Oreo Samsung Experience 9.0 (TouchWiz Oreo).

This ROM is exclusively for the S7 Edge Exynos variants. The developer claims that the ROM works flawlessly on most of the S7 Edge global variants. All the functions are working perfectly fine. Moreover, the ROM should also boot on the Galaxy S7 SM-G930F (Exynos variant). However, the only drawback is that the touchscreen won’t work. 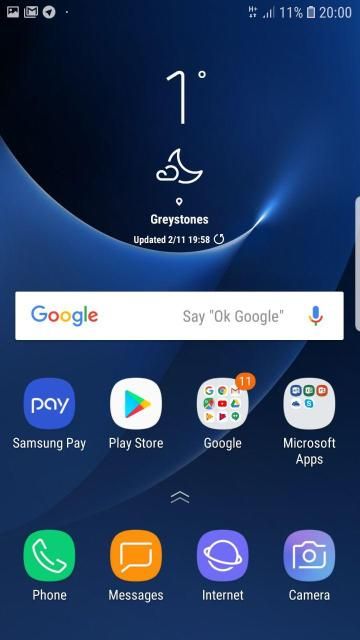 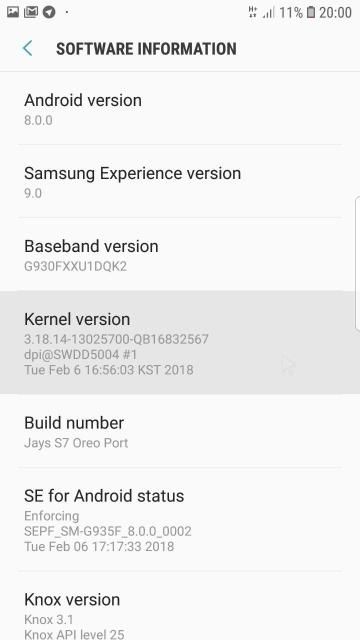 Before you go ahead and install the Oreo ROM onto your S7 Edge device, here are some notes.

Here are the installation steps:

Step 1: Make sure your Samsung device is rooted with latest TWRP recovery. See how to install TWRP on Android.

Step 2: Download all the files including Samsung Experience 9.0 for S7 Edge Oreo ROM, NoVerity-6.0 to your phone. Transfer all the files to device storage or SD Card.

Step 5: It is recommended to wipe the data + wipe system, art, cache before flashing the Oreo ROM.

Step 6: Go to the home screen on TWRP and flash latest S7 Oreo ROM by tapping on Install option.

Step 8: Reboot device into the system.