Google releases monthly security patch and updates the Android OS repository. Under the AOSP project, the sources are continuously updated with new Android versions and new features as well. Just a couple of months ago, the company released Android 8.0.0 Oreo with August 2017 security patch. Later, September patched a Bluetooth vulnerability called the BlueBorne patch. Now, Google released the October 2017 Security Patch for all of its supported Android devices. Download the latest factory images and OTA updates from Google’s official repository.

The October security patch brings several vulnerability bug fixes. Later, many manufacturers implemented the same for their device. You can see vulnerability fixes for Android systems ranging from version 4.0 to 8.0. Also, some patches to specific components like Qualcomm & MediaTek SoC, some Kernel components and much more. You can see all the update log at the October 2017 security bulletin page.

Following are direct download links. Get the correct file for your phone.

See: How to install factory images and OTA updates on Nexus and Pixel?

According to the October 2017 Android Distribution Numbers, Google recorded Android 8.0 Oreo at 0.2% and 17.8% on Nougat. Android is already advancing towards Oreo. With many Oreo based custom ROMS like Lineage OS 15 and AOSP Oreo ROM, the number is only going to increase. 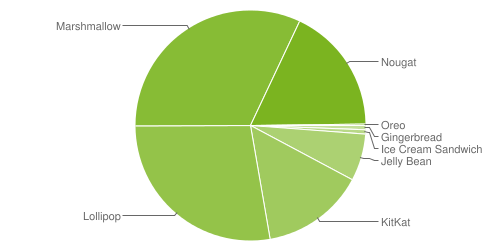