We already have the Android Security Bulletin for September 2017 which reveals several vulnerability fixes and stability improvements. This OTA update for Nexus 5X brings Android 8.0 Oreo with the following change log. The update log is same as that of Oreo, but it contains the September security level. Same goes for Nexus 6P. 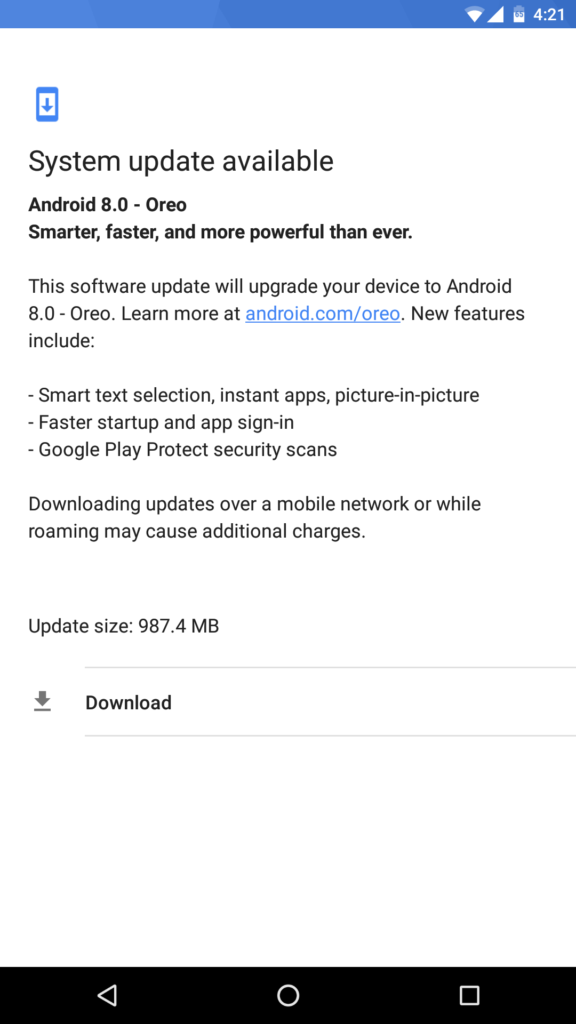 According to the September 2017 Android Distribution Numbers, Nougat running devices have jumped to 15.8% since the previous month. This is great news as most of the manufacturers are now updating their phones.

The full OTA weighs 984 MB in size. So its pretty big.

Following are the Google Security Patch for Nexus 5X, 6P –

Check out the downloads repository from below. The links will be updated there:

Here is the naming convention of AOSP –

Naming convention is a bit cryptic in Oreo. The BUILD_ID is of the form NPM1.YYMMDD.nnn

This is what is stands for:

How to install September 2017 Security Patch for Nexus?

The above listed files are OTA updates. Hence, you will need to ADB Sideload the full OTA zip.

In case you happen to get the full factory image files, the you can restore the Nexus device to complete stock.

See: How to install factory images on Nexus?