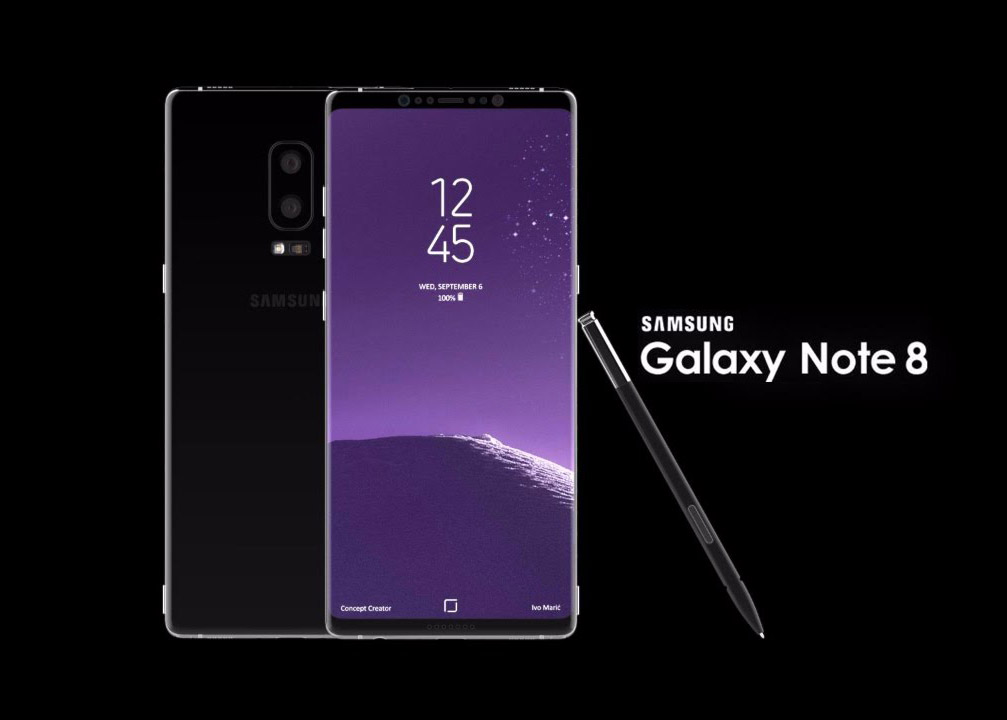 Nothing can match Samsung’s punctuality in delivering firmware updates. Last month we saw lots of updates for a number of devices were rolled out. Now when it comes to flagships Samsung’s firmware updates roll even faster. It’s barely 10 days since latest flagship Samsung Galaxy Note 8 was unveiled and there is already a firmware update rolling for it..!! Yes, this is too good to be true. The latest firmware with August 2017 Security Update for Galaxy Note 8 is now rolling. This firmware update is rolled out by US based carrier Sprint for the unlocked US variants of Galaxy note 8. And this August 2017 Security patch update for Galaxy Note 8 is based on Android 7.1.1 Nougat firmware. The update is being rolled as (Over The Air) update. Also, we can soon expect other major carriers and other variants will start rolling their share of latest firmware updates too.

This update by Sprint brings the firmware build number N950USQU1AQH7 for the US variants of Galaxy Note 8. It is the very first firmware release for Galaxy Note 8. And this update is based on Android 7.1.1. This is the first devices to be running 7.1.1. Since this update is rolled out as OTA, so, it will take a while to reach your device. But you can also download the update firmware directly from the Samsung’s server and install it manually.

This very first firmware for Galaxy Note 8 is rolled out by carrier Sprint. Let’s take a glimpse at the firmware info in a nutshell.

What’s New About the August 2017 Security Update for Galaxy Note 8?

This is the international version of Samsung Galaxy Note 8. The firmware and software version not available at the moment. We will update the same as and when it becomes available.

The firmware information for the Global variant of Samsung Galaxy Note 8 is not available at the moment. We will update the same as and when it becomes available.

There are two methods to install the August 2017 security patch update on Samsung Galaxy Note 8.

The first way is to directly download the firmware from Samsung servers and then install using the Odin tool.

Step 2: Download and run the latest Odin tool on PC.

Step 3:  And then reboot Your device into Download Mode or Odin mode.

Step 4: Connect your device to PC through a USB cable.

Step 5: Extract the Galaxy Note 8 stock firmware zip to get the TAR file.

Step 7: And after that start the update process.

Step 8: In the final step reboot to the system.

The second one is to download OTA(Over the air) update and install it via stock recovery.

How To Capture OTA?

Step-2 Tap on check for updates.

Step-3 If any update is available You will be prompted to download it.

Therefore, here is how You can download and install the very first firmware update for Your Samsung Galaxy Note 8. Stay connected with us to get the all the latest updates on Galaxy Note 8.