It seems like the wait is now over and Samsung is back with few more surprises this week. Today, Samsung is pushing the official rollout for the much awaited Android 7.0 Nougat based firmware for its Sprint variant via FOTA(Firmware-Over-The-Air). Over the past few days, the Korean major has already pushed 7.0 updates to its S-line flagships-both T-Mobile and AT&T. Moreover, the Sprint flagship duo- the Galaxy S7( SM-G930P) and S7 Edge( SM-G935P) were running on 7.0 Nougat Beta version. Currently, the company is only giving privilege to its users who participated in the Galaxy Beta Program. This brings the firmware build number G935PVPU4BQAA to the Sprint Galaxy S7 Edge and the G930PVPU4BQAA to the original Sprint S7. Nonetheless, is assumed that the other owners of the device will soon receive the update on their handsets in the coming days.

The two firmware are now live via FOTA across the United States and can be downloaded with the size of 166.12 MB. As a bonus, the update also brings the latest February 1st, 2017 security patch level from Samsung. You will get the download links for the downloads section given below. Moreover, we have already posted Samsung’s Nougat update for AT&T Galaxy S7 (SM-G930A) and S7 Edge (SM-G935A) and T-Mobile (SM-G930T), (SM-G935A) respectively. Check out the changelog, screenshots and how to update the device from below. The international variants of the same device are already running official Nougat firmware based on Samsung Experience 8. Hence, search for the OTA from settings 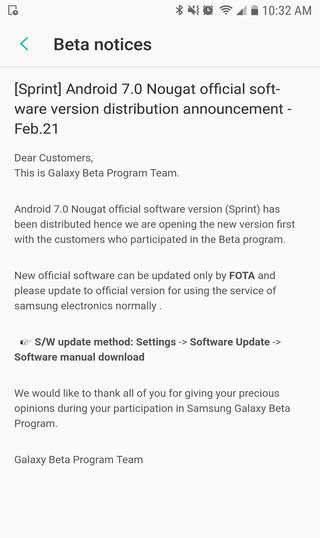 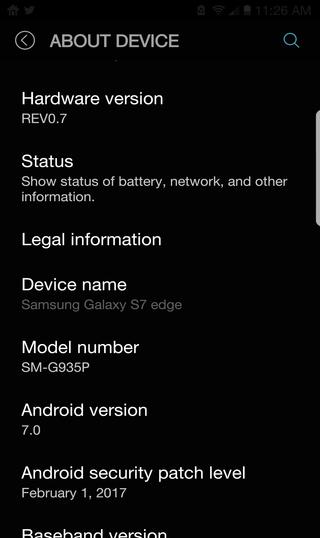 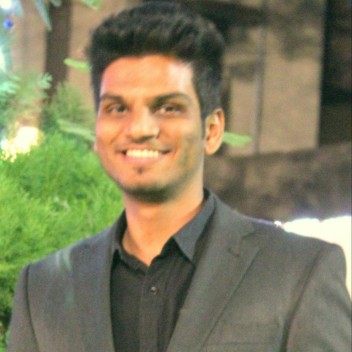 Akash is an Entrepreneur, Engineer from Pune, India. He is a geek by the mind and a tech-blogger by passion. He loves to educate people and help them Understand Technology through his writings. When not on the board, Akash loves to Cook, Paint and Hangout with friends over a cup of Coffee. Follow him on Facebook View all posts by Akash