The fifth generation of the Moto G series devices, Moto G5 and G5+ are already on the latest Android 8.1 Oreo firmware update. Besides, several Moto G devices were enrolled into the soak test; Motorola’s beta testing program. The soak test for Moto G4 and G4 Plus have been successfully carried out and official stable Android 8.1 Oreo is now available for download Over-The-Air (OTA update).

The latest Android 8.1 OTA update features a new firmware build number OPJ28.111-22. For those already on the Android 7 Nougat firmware can now receive Oreo OTA that weighs around 2 GB in size. It features a newer December 2018 security patch. With this update, you get all the latest Android Oreo goodies such as advanced Autofill for usernames and Passwords, advanced notification channels, new Emojis, smart text selection, etc.

Here we have listed the full OTA update zip files for the Moto G4/G4+ for users running on both Android Nougat and 8.1 Oreo soak test. While the OTA is from the retail US variant, it can work on other variants as well.

Here are some screenshots from the Moto G4 Plus soak test (Android 8.1 Oreo): 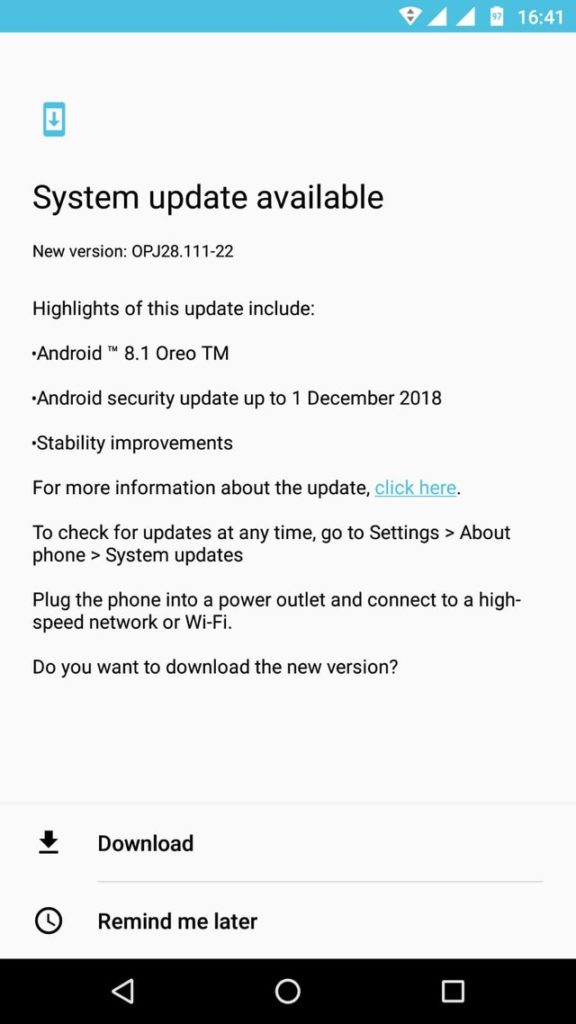 Download Android 8.1 Oreo stable for Moto G4 and G4 Plus

Following are the official OTA updates captured for Moto G4 and G4 Plus. All you have to do is sideload the OAT update manually via stock recovery. It features a new firmware build number OPJ28.111-22.

To install this, make sure your device is on an unmodified or non-rooted system with TWRP recovery.

How to Install Android 8.1 Oreo for Moto G4 and G4 Plus stable