Update: OnePlus 5T now receiving another Oxygen OS 4.7.5 OTA update based on Android 7.1.1 Nougat with general bug fixes. OnePlus 5T is now receiving yet another OTA update for its Nougat firmware with OOS version 4.7.4. The Oxygen OS 4.7.4 comes with major camera improvements. The update log says optimizations to camera interface and improvements to photo quality. Though the camera changelog just says improvements, it is a critical update for those facing poor camera quality issues. The OTA update is now rolling out across the globe in waves. So not every device may receive it at the same time.

Users are reportedly receiving Oxygen OS 4.7.5 incremental OTA update with general bug fixes. The thread is yet to start so we really don’t know what comes with this update except it is a small update.

Here is a simple tutorial on how to capture OTA update on your OnePlus 5T device. You cam also download the direct OTA update zip from below and install via stock recovery or ADB sideload methods. 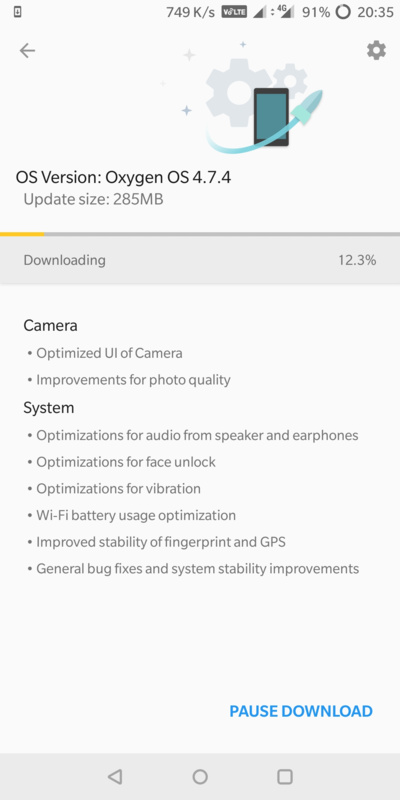 Read: How to install OTA update via stock recovery?