The Pixel Launcher is next best thing in the personalization scenario, there’s no two ways about that. While the launcher is exclusively for Pixel devices, there have been enough ports and iterations to make it compatible with others too. The only issue with such ports and apk mirrors is that various features do not work unless you install it as a system app or provide it with root permissions which may scare away some people.

The latest Android O Pixel Launcher takes things a step further and makes it nearly impossible to provide and run such backports without rooting your device.

Thankfully, Lawnchair (kudos for the pun)- A customizable Pixel Launcher, developed by XDA member deletescape, incorporates all the features of the native Pixel Launcher in the Android O Developer Preview and provides an exhaustive list of features: 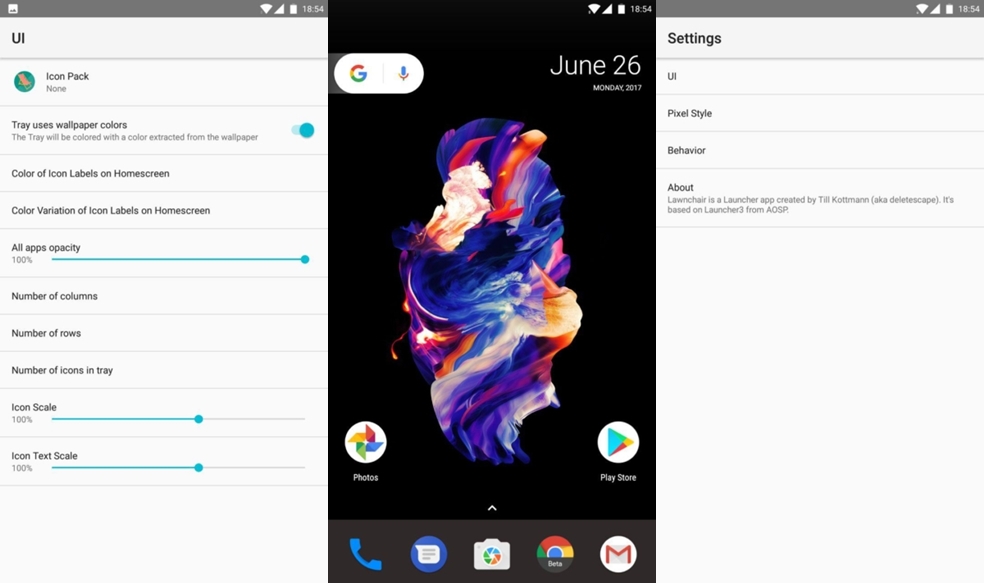 The inclusion of same package name as the Pixel Launcher (for Pixel’s weather widget) implies that the launcher may never be available on the Google Play Store, nevertheless, the apk can be download by following the link provided down below:

A gentle reminder to the readers- The launcher is not without issues, users have reported freeze and lag issues while holding an app on the home-screen along with few miscellaneous performance drops. While the developer is constantly working to improve the app, if beta apps are not your cup of tea, kindly refrain from downloading it.