The MWC 2017 has just begun and there is already a flood of unveiling happening over there. The MWC (Mobile World Congress) is a one-stop destination for all the major companies to introduce their products. This year the MWC is happening in Barcelona and yesterday we have already posted about LG’s flagship killer- LG G6, Huawei’s flagship duo- the P10 and P10 Plus, followed by the Moto G5 and the Nokia’s new smartphones. Today, Huawei introduced it’s stunning Huawei Watch 2, which will be available in markets starting with the US in April. Australia, New Zealand, and the other European and Asian countries are among the first countries where the Watch will be launched, with an exception of Malaysia where the Watch will be launched in May.

In the earlier leaks, it was rumored that the Watch 2 might not come with the Android wear 2.0. However, the official launch confirmed of its enclosure packed with the stunning Google Assistant. Unlike the LG’s watch Sport & Style, Moto’s watch 360, the Samsung Gear S3, the Watch 2 will run on the latest Android wear 2.0. Moreover, it will be available in both a regular and a Classic version, with the new Porsche Design as a bonus. The major highlight of Huawei Watch 2 is the standalone apps that give you freedom to get away from your phone once in a while. Moreover, the company has added a lot cooler color options this time which you can check from the images below.

Now, let’s start with the hardware details. The heart is powered by the Qualcomm Snapdragon Wear 2100 chipset along with the 768MB of RAM and 4GB of storage. Both models sport a 1.2-inch 390×390-pixel resolution circular display. Unlike the original Huawei Watch, it seems like Huawei has dropped the scratch proof Sapphire glass and replaced it with- Gorilla Glass 3 to reduce some weight. But to mention, they’re thicker than the original Huawei Watch. To give a premium feel, the Watch 2 also features ceramic bezels wrapped around the glass.

It has an optical heart-rate sensor, GPS, NFC, Wi-Fi and Bluetooth with a nano sim card slot, out of which the classic variant is supposed to come with LTE. However, we are not sure which variant will actually come with the Bluetooth-only version. Moreover, both the variants share the same features. The only different between the Watch 2 and the Huawei Watch 2 Classic is the design changes. The Watch 2 has a sportier and has a bump with curved straps. It also includes an extra button that can be customized to quickly jump start the fitness tracking app. Meanwhile, the Classic model has a more traditional look and a standard 22mm watch straps.

Although the Watch 2 sports IP68 rating for water and dust protection, but the watches aren’t swim-proof like the Apple Watch series 2. Moreover, it gives you a lot of customization options like the- choice of selectable watch faces which you can change according to your mood. You check from the image given below

The battery on Watch 2 has really left a remarkable impression which makes it more alluring than the competitor LG Watch Sport. It has a powerpack battery of 420 mAh that lasts for 2 days on normal usage, 7 hours continuous GPS/heart rate monitoring or 3 weeks of using the watch function only. You can also use the watch in case your phone runs out of battery. Moreover, all models seem to use pogo pins for charging. 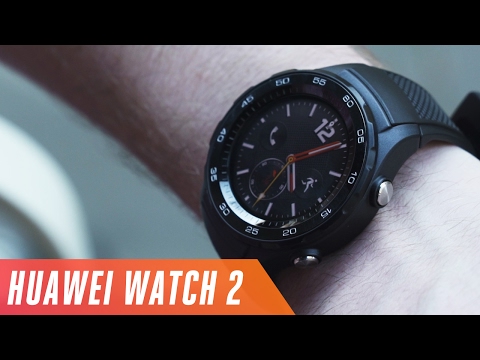 Stay tuned for more updates live from the MWC 2017.