The Android 7.0 Nougat OTA for Moto G4 (Plus) has already been surfacing across the globe. We have also listed the working and captured OTA updates for both – the Moto G4 and the Moto G4 Plus for many variants like the XT1643, XT1640, XT1642, XT1622, XT1626. The new Nougat OTA update comes with the firmware build number NPJ25-93.11 and is available in many regions across the globe including Brazil and other parts of Latin America, India, USA, etc. This is an official update and not the soak test that was released for Beta testers.

However, for those users who have already rooted their device and installed TWRP, may not be able to install the official OTA updates. Hence, here is the factory image for the Nougat firmware. The factory images are basically fastboot flashable files that will help you to restore your device to complete stock Android 7.0 Nougat firmware. Thus, get further official updates over the air. Moreover, for Moto G4  or G4 Plus users looking for TWRP flashable zip files need not worry; because the TWRP backups are also available. 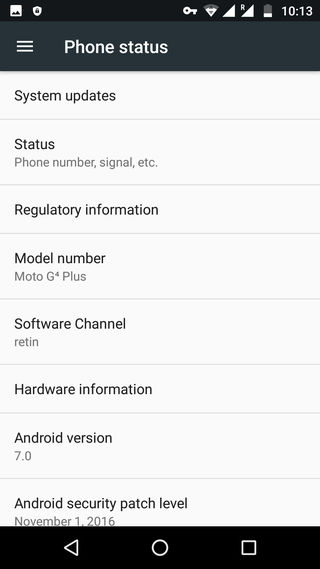 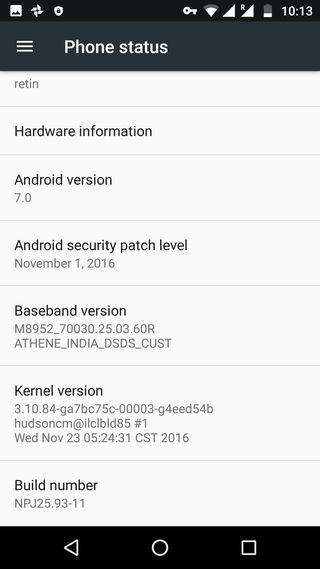 The fastboot flashable firmware file listed below has been tested working with the following Moto G4/G4 Plus model numbers or variants.

How to Install Moto G4 and G4 Plus Android 7.0 Nougat factory image and restore to stock?

This tutorial will help you with flashing the full stock firmware which can also be referred to as factory image or the fastboot flashable images. For this procedure to work, you will need to setup ADB and Fastboot environment on your PC/Mac/Linux machine. Once done, reboot your Moto G4 (Plus) into fastboot mode. Connect device to PC, extract the fastboot/factory image and flash each and every file via fastboot commands. You can simply run the flashall.bat or flashall.sh (for Linux) and the script will install all the files automatically.

Alternatively, you can also flash each and every file manually. Head over to our previous Moto G4 factory image flash tutorial.

Depending on your phone firmware, the number of sparsechunk files may vary. So just make sure how many chunk files your firmware has before you flash the firmware. Also, verify if all the files have been flashed from the firmware. Remember, this will wipe your device and you will lose all your data. Hence, backup. Let’s begin

1. Verify your device for compatibility. The listed firmware is compatible with Moto G4 (Plus) devices only.

3. Get the quick ADB and Fastboot Installer from here for Windows or for Mac/Linux/Chrome OS, head over to this guide. You may also like Universal ADB drivers, Naked ADB drivers.

The above procedure may not wipe data or cache for stock or locked bootloader. So if your device is running a custom ROM then download the modified “flashall.bat” listed below. Then copy and replace it in the stock “flashall.bat” script. This will help not conflict or force closes on the new firmware.

Step 1: Download the firmware file for Moto G4 device. Transfer the file to your PC where you have setup ADB and Fastboot on your PC. Trust the connection by checking “Always allow from this computer” when you plug in the device for the first time.

Step 2: Now turn off your device completely and unplug it from your PC.

Step 3: Reboot your Moto G4 into the bootloader or Fastboot mode. To do so, turn off your device and then press and hold volume down + the power button simultaneously for a few seconds. When you see the bootloader screen, connect your device to the PC using a USB cable.(Choose Fastboot if option is available) For an alternative method look at the other post listed above.

Step 4: Navigate to the location where you have placed the factory image zip file on your PC. Extract file and enter the location. You will find many files inside. Now open cmd or terminal there. Just click on the address bar and type cmd and hit enter.

Step 5: Now issue the following command in the command prompt to check your device connectivity. It should display device information.

Step 6: Now flash the fastboot image by running the flashall.bat file/script for Windows PC and flashall.sh for Linux or Mac OS. 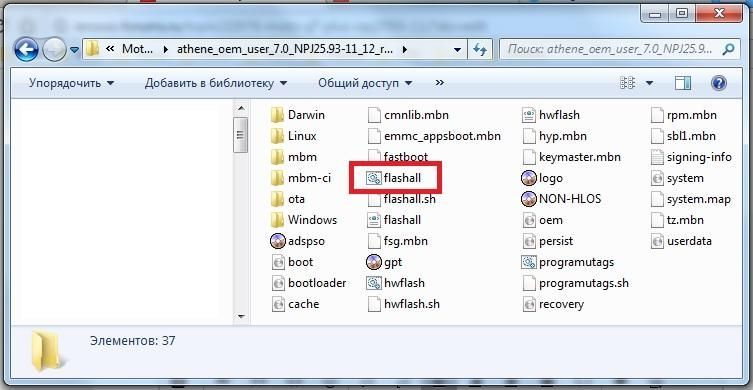 Step 7: Once the firmware gets installed, reboot to system.

First boot may take a while. You can now enjoy your new firmware. If the firmware doesn’t boot, perform a factory reset from stock recovery.