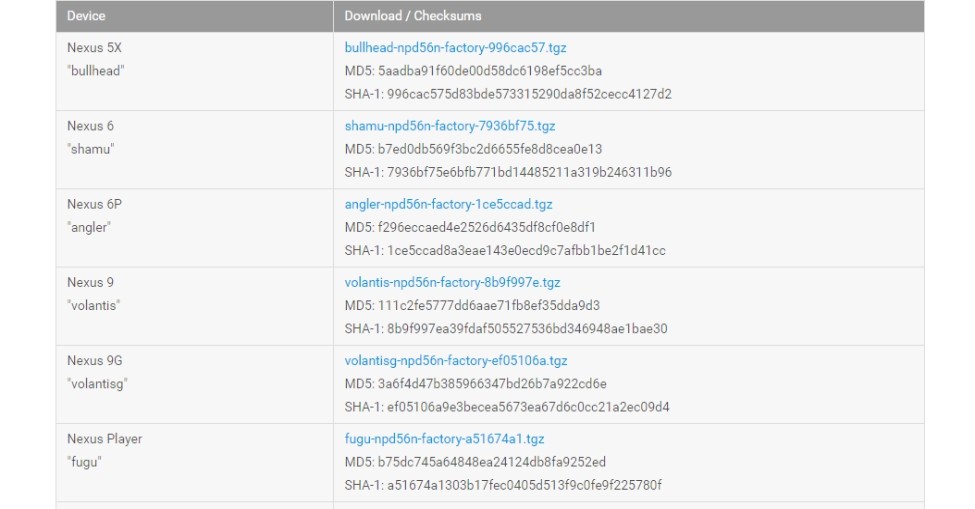 The most awaited Android N Developer Preview 4 is now live for the Nexus series devices like Nexus 6P, 5X, 6, 9, Nexus Player, and Pixel C along with Android One General Mobile 4G and Sony Xperia Z3 (D6603 and D6653). This new build brings the firmware build number NPD56N to the supported devices. This new AOSP build brings the final API level 24 support. That means developers can now publish Android N apps on the Play Store readily is support of the DP 4 in the alpha, beta and production release channels. The final API 24 SDK which is now released can be used with the Android Studio v2.1.2 and higher. You can also find the DP4 system images for the emulator as well. For more information about the DP 4 update, check out Google’s support page and the official blog as well. A full changelog is listed below. To know more on how you can get Android N onto your Android devices from any firmware (stock or custom), head over to our tutorial page on Developer Preview 3. It explains easy ways to install the DP 3 on Nexus with Android Beta Program, factory images, OTA, etc. You can also head over to the download section below to grab the latest OTA or factory images and get to the tutorials from below as well.

You can now publish apps that use API level 24 to Google Play, in alpha, beta, and production release channels.

As new updates roll out for Android Studio, you should see minor improvements in the new project wizards and AVD manager as we add enhanced support for API 24. These are primarily cosmetic changes and should not stop you from getting your app ready for an update in the Play store.

Fixes for issues reported by developers

A number of issues reported by developers have been fixed, including:

Head over to the installation tutorial from below.

Head over to the installation tutorial below.

How to Install Android N Developer Preview 4 NPD56N Factory Images On Nexus, and Android One devices?

To know how to install OTA on Nexus devices, check out this tutorial: How to Install Android OTA on Nexus Devices Using ADB Sideload or Stock Recovery.

How to Install Android N Developer Preview 4 NPD56N With OTA Update zip files On Nexus, Android One, and Sony devices?

To know how to install Factory images on nexus devices, check out this tutorial: How to Install Android N Developer Preview on Nexus Devices.

To know how to install factory images on Sony devices with Sony PC Companion, check out this tutorial: How to Install Android N Developer Preview On Sony Xperia Z3.

See: How to Root Android N Developer Preview With SuperSU And CF Auto Root. Like and share us on social media. For queries, comment down below.