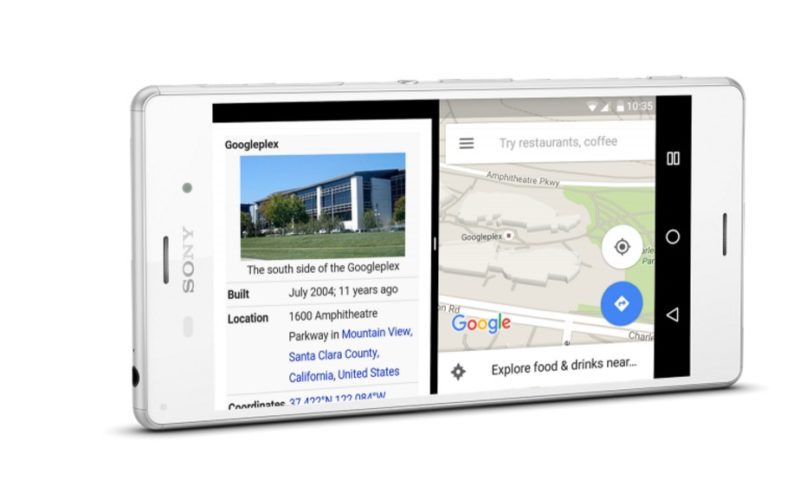 With Google deploying the latest Android N Developer Preview for a range of nexus devices like nexus 6P the Nexus 5X, Nexus 6, Nexus 9, and much more, the new operating system has been in the news lately. Google showcased some upcoming features and plans with this brand new Android OS. Under the AOSP project, tech giant released an update with Developer Preview 2 bringing many new bug fixes, stability  improvements and security patches for the same. Now after the Nexus series Google has started deploying it to other devices from third party manufacturers. Sony Xperia Z3 and some of its variants like D6603 and D6653 are among the first devices to receive the Android N Developer Preview. It comes with latest April security patches and build number NPC91K.100060. Take a look at the images from our Pinterest Account.

There is no FTF file or OTA update available right now and hence you cannot flash it manually using stock recovery or over the air. In order to install Android N on your Xperia device, you need to download the Sony PC companion and follow the instructions from within the software. For now, this only works for Windows machines. If you want to try this new OS, then follow the simple steps given below. But before you proceed, take a note that the firmware may not be stable at the moment. Of course, it is the Developer Preview after all. Also, check out the features from below.

Android N introduces several great new features for developers, with more to be added as Google continue to develop the Android N release.  Here are some highlights:

Multi-window – This new multitasking feature lets users view two apps or Activities at the same time, with the system resizing them as needed to fit the device or tablet screen. All apps targeting Android N are resizeable unless they opt-out, so make sure your layouts and resources are optimized.

Efficiency – Adapt your apps to use Doze to save even more power in Android N. There are also new behaviors in Project Svelte, aiming to reduce the memory needs of Android.

There are 2 variants of Xperia Z3 that can be flashed with Android N Developer Preview, D6603 and D6653. Here’s how to get started:

That’s it let it reboot and enjoy your new Android N firmware. Like and follow us on social media. For queries, comment down below or leave a message in the forums.