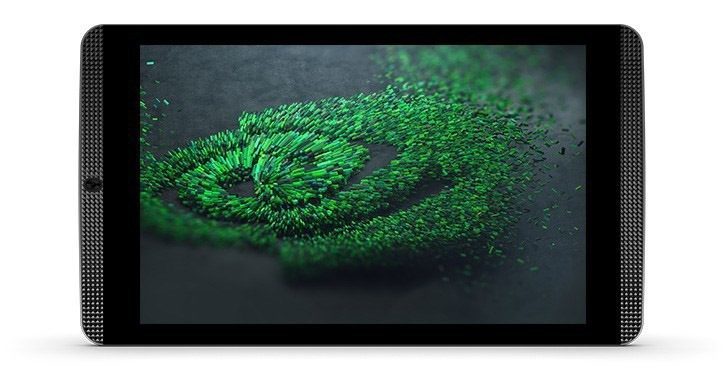 Nvidia has updated its Shield Tablet K1 after almost two months. The new OTA update comes with the graphics API Vulkan, Android 6.0.1 Marshmallow and many bug fixes, security patches and optimizations. The Shield and Shield Tablet K1 Tablet Nvidia had not been updated since 1 February. Shield Tablet original still remains to be updated, while the Shield Tablet K1 has just received its 1.2 update. This marks the arrival of Android 6.0.1 Marshmallow on the tablet including the new emoji, the possibility of launching the duplicate camera clicking the start button or the return of the silent mode that enables alarms ringing. The tablet also supports Doze mode and Nvidia said it had optimized tablet consumption, what gain autonomy. The update for the original SHIELD Tablet, including LTE models, will be made available in a few weeks.

Just like the Software Updates v1.1 for SHIELD tablet K1 and v4.0 for the original SHIELD tablet that we captured OTA update URLs for you in February, here we are with yet another update for the devices. However, the OTAs are not yet captured but as soon as we get our hands on the update links that thave been rolling out right now, we will certainly upload the OTAs here in the download section. So stay tuned and keep check out the features and functionalities that come with the update. Meanwhile, you can also capture the OTA using our guide by sharing the link with someone who already has a Vulkan support update notification.

Here are the latest OTA URL for the Shield Tablet K1 Android 6.0.1:

This is an official method to manually flash the OTA updates on most of the Android devices. If you happen to choose this method, then you will need the to connect your device to PC and setup ADB and Fastboot. Go through the requirements and instructions carefully. The following tutorial is for incremental OTA updates.

1. Verify your device for compatibility. The listed firmware is compatible with Asus ZenWatch 2 only.

3. Make sure you have latest device drivers setup on your PC for a better connection. Get it from the official page of your device manufacturer.

Step 1: Download the OTA file for Android device. You don’t need to extract the file, just place the file on your PC where you can easily locate it.

Step 2: Make sure that you setup ADB and Fastboot on your PC. Trust the connection by checking “Always allow from this computer” when you plug in the Android device to your PC for the first time.

Step 3: Now keep the device plugged in and open a command prompt or terminal on your PC. To do so, hold the shift key on the keyboard and right-click on an empty space and select “Open command window here” option to launch a cmd window.

Step 4: Boot your Android device into the bootloader or Fastboot mode. To do so, issue the following command through cmd or terminal.

Note: To  check your connectivity, issue the command “adb devices” before the bootloader command.

Step 5: Now, navigate to the location where you have placed the OTA file on your PC. Rename the recovery file to a simple one, like ota.zip. While the folder with the ota.zip file is open, flash the OTA by issuing the following command. (Note that you type the exact name with its proper extension. Extensions could be .zip or .img)

Once the installation completes, you can now enjoy your new firmware. Alternatively, while, on Mac OS, you can issue “./adb sideload ota.zip” command or on Linux type “sudo adb sideload ota.zip” to flash the OTA. Take a look at the source from here and here. To install the full factory images, go to this tutorial.