PUBG New State, if you don’t already know, is an upcoming mobile game and a sequel to the original PUBG Mobile. New State is a mobile-exclusive game that comes under PUBG Universe, amongst many other titles revealed by KRAFTON. A couple of days ago, the developers finally put forth the PUBG New State iOS listing. So head over to PUBG New State iOS download link on Apple App Store in order to pre-order the game on your iPhones & iPads.

Krafton also recently kickstarted the second alpha test registration. The game will be available for download starting August 27, 2021. The beta program will begin on the same day and will last for a couple of days. PUBG New State will be playable across Android and iOS platforms. So if you want to get in on the action, pre-order the PUBG New State on your iPhones and iPad using the link in the downloads section below.

Furthermore, the PUBG New State Apple App Store listing reveals the release date of the game. According to the iOS listing, the game is expected to release on October 8, 2021.

Once pre-ordered on the App Store, confirm that your iOS device meets the minimum specs needed to play PUBG: NEW STATE.

▶Ultra-realistic graphics that exceeds the limits of mobile gaming

– With the “global illumination” technology, PUBG: NEW STATE surpasses what was previously possible in mobile gaming graphics
– A massive, open-world battleground with a level of realism achievable only by PUBG Studioss
– PUBG: NEW STATE defines the next-generation PUBG graphics
– The ultimate PUBG experience in the palm of your hands

– Fully-optimized for the mobile environment, experience the signature “PUBG gunplay” on your mobile device
– Customize your guns to fit your needs with PUBG’s unique weapon attachment system

– Unique mechanics introduced in PUBG: NEW STATE include dodging, drone calls, and support request
– Utilize new vehicles only available in PUBG: NEW STATE to quickly move across the 8×8 open world
– An immersive PUBG experience achieved through various objectives in-game that can turn the tide in your favor

▶ An expansion of the original PUBG universe

– Decades after the original PUBG, new factions emerge in the anarchic 2051
– The survival game, PUBG, evolves into a completely new battleground in PUBG: NEW STATE

▶ This is the true beginning for PUBG on a mobile device

The release date for PUBG New State is expected to release on October 8, 2021. So stay tuned for the Apple App Store download link.

Meanwhile, you can pre-order the game on your iOS device officially from the App Store. 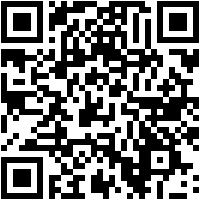 The PUBG New State second beta test will begin on August 27, 2021. See how to register here. Join our Telegram Channel for more information.