GPU drivers can easily be updated for PCs as all the GPU vendors release updates for their respective graphics processing units. The smartphone world is not far from getting the same treatment. Earlier this year, Google and Samsung announced updateable GPU drivers for Android as well. While Qualcomm recently started doing it, Samsung has just joined the race and introduced two new GameDriver apps for Galax smartphones.

Samsung released its first instance of GameDriver app on the Play Store. GameDriver is a software solution for updating the GPU drivers. It should enable the best gaming experience with improved graphics performance on Galaxy devices. There are basically two versions of the apps – one for the Mali GPU that comes with Exynos variants, and the other for Adreno GPU that supports Snapdragon variants.

If you don’t already know, Samsung releases two variants of Galaxy smartphones. One fitted with their in-house Exynos processor for the global variant and the other is fitted with Qualcomm’s Snapdragon SoC for the North American region. They both support their own GPUs – Mali and Adreno respectively.

GameDrive app was developed in collaboration with Google and GPU vendors like ARM and Qualcomm. You can expect updates to the GameDriver app for the new launched games, just like Nvidia does for its GPU. Samsung also promised to bring Game Driver support for more devices in the near future. So stay tuned! Meanwhile, download the first Samsung GameDriver APK from below.

There are two variants of the Samsung GameDriver apps – one for the Mali GPU (Exynos processors), and the other for Adreno GPU (Snapdragon processors) of Samsung Galaxy phones. 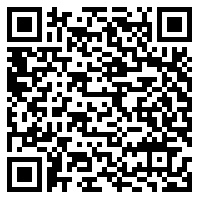