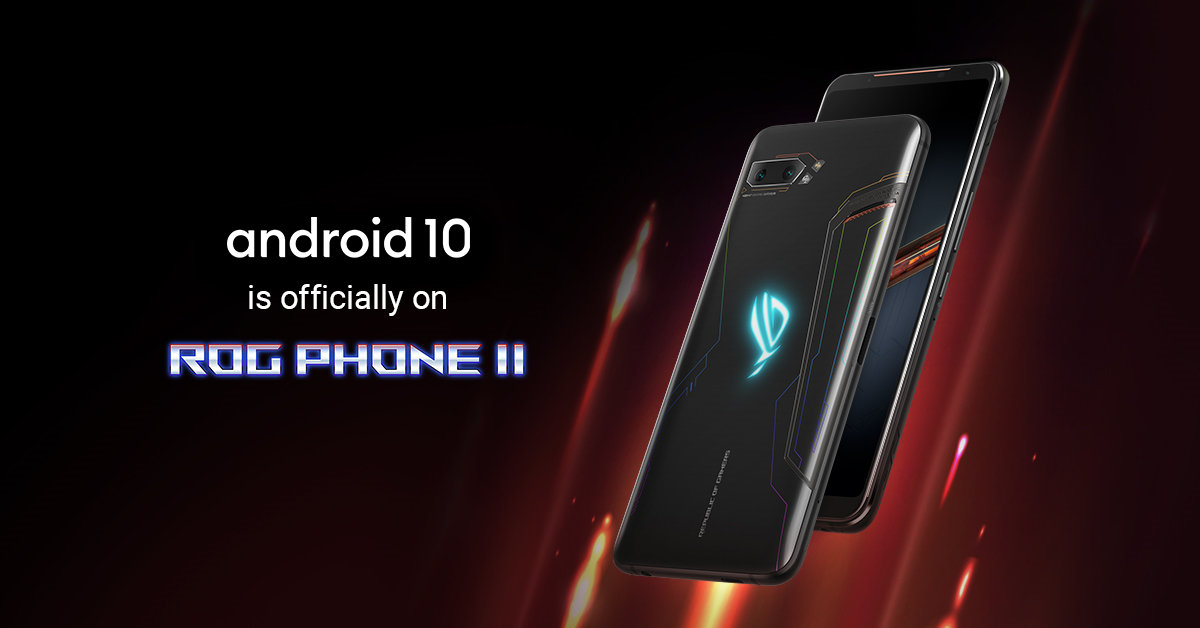 The Asus ROG Phone 2 finally starts receiving stable Android 10 OTA update starting today. The device has come a long way with a whopping 10 beta firmware builds released for the device before it made it to the stable version. Stable Android 10 for the ROG Phone 2 is now available for download with firmware build number 17.0210.2001.60. Asus’ software development team has also released the  17.0210.2001.60 kernel source code for custom ROM development as well.

Asus’ software development been quite busy lately rolling out latest Android updates for the ASUS ZenFone 6 (aka ASUS 6Z), ZenFone 5Z, and of course, the ASUS ROG Phone II. Today, ASUS’s ROG Global Twitter handle officially announced the release of stable Android 10 update for the for the popular ROG Phone II. The tweet quotes – “Starting from today, #ROGPhoneII users will begin to see the Android 10 update hit their devices.” We can also expect the same for the original ROG Phone 1 as well.

Starting from today, #ROGPhoneII users will begin to see the Android 10 update hit their devices.#GameChanger pic.twitter.com/15MA2Y2XaV

Moreover, Asus’ latest Android 10 update is based on ZenUI 6 firmware. So naturally, the latest update for ROG Phone 2 also pack all the ZenUI 6 features while still keeping the default theme, wallpapers, icons, and all the complex firmware addons from the ROG series. Plus, we can also expect all the Android 10 goodies including  systemwide Dark Mode or Theme, navigation gestures, and the latest security patch level. While, the official account did not share any changelog for the device, we have listed all the changes in the stable build since the last Android 10 beta for ROG Phone 2.

Here is the full stock firmware zip file for ASUS ROG Phone II’s latest Android 10 update. This is the full firmware package or OTA update zip which you can easily install onto any Asus ROG phone 2 device manually.

How to update Asus ROG Phone 2 to Android 10?

The installation procedure is quite simple. Just transfer the OTA update zip to device storage and reboot to upgrade.

Alternatively, you can also manually update it via stock recovery method using this tutorial – How to install OTA updates on any Android device?