OnePlus 6T is the upcoming smartphone of the year, supposedly the flagship killer of 2018. It features similar aesthetics as that of the OnePlus 6, except it sports an in-display fingerprint display, and a waterdrop notch. The OnePlus 6T can be termed as an improved OnePlus 6 with similar specifications like Qualcomm Snapdragon 845 SoC, 6 to 8 GB of RAM, 64 to 128 GB of RAM, and much much more. Here we have the stock and live OnePlus 6T wallpapers available for download in Full HD and 4K resolution leaked from the sources.

OnePlus 6T will feature Oxygen OS 9.0 based on Android Pie out of the box. This is because the OnePlus 6 has already received Android 9 earlier this month. As the two phones features similar hardware specifications, we can expect the latest Oxygen OS firmware. But wait, there’s more. The manufacturer has also claimed that the new flagship will feature a revamped OxygenOS user interface.

Here is a OnePlus 6T first impressions video before you go: 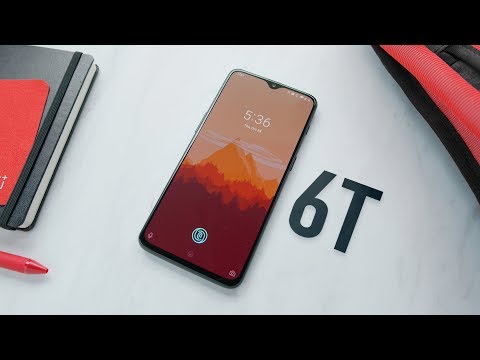 Simply download the zip file from below to your phone, extract using a file manager, and set as homescreen or lockscreen wallpaper.

Here is the highly anticipated OnePlus 6T poster wallpaper that has been rendering across the internet. Here is a preview.

If the stock wallpapers are not enough for you, then here are some sweet OnePlus 6T Live Wallpapers for you. There are 3 live wallpapers available to us based on on some of the 3 stock ones.

They come in mp4 format and if your device supports a video wallpaper then you can set it as home screen or lock screen video wallpaper. The animations are stunning and look great on any Android device.