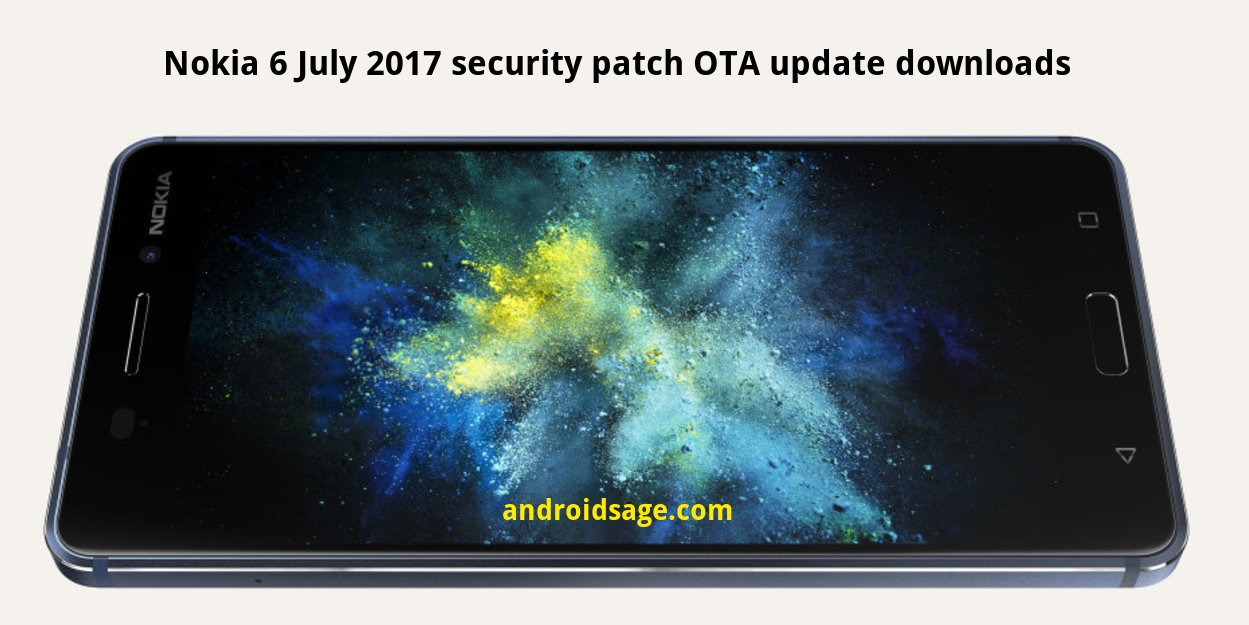 The long forgotten kingdom of Nokia is back into the Android world with 3 new smartphone releases this year, viz, Nokia 6, Nokia 5, and Nokia 8. All of them are already running the new Android 7.1.1 Nougat firmware update out of the box. Today, Nokia released Nougat based July 2017 security patch update. The update has been captured by one of the Nokia 6 users. It comes in a small package of 380.39 MB with a package name update.zip.

For those who haven’t receive the OTA notification on their phones yet, can manually download the zip file and flash it via stock recovery. July update brings the official Google Play Store to the Chinese variant of Nokia 6 (TA-1000).

The July update is basically for the Chinese variants or the devices without Gapps. It will setup Google Play Services and Play Store in order to download apps from the official store.
Alternatively, you can also download Play Store APK and install it.

Note: This following update file is only meant for the Chinese variant of Nokia 6 which doesn’t come with Google Play Services. However, it does bring the July 2017 security patch.

In case you just want the Google play services, then download the Google apps from below.

Install each app one by one.

How to install OTA updates onto Nokia 6/5/8?

Step 4: Turn off the device completely.

Step5 : Now reboot into stock recovery. To do so, hold onto the power button and Volume up at the same time. If that doesn’t work, try the Volume down combo.

Step 6: Once into the recovery, select ‘apply updates from SD Card’

For alternative procedure to flash OTA updates via ADb sideload method, head over to this tutorial post. But first, you will need to setup ADB on PC.

From the recovery, you will need to select ‘apply updates from adb’. Then connect to PC via USB cable and flash the update zip via command prompt or terminal. Use the following code:

That’s it. Enjoy your latest update.