The Korean major Samsung unveiled the most awaited flagship duo- the Galaxy S8 & S8 Plus yesterday. Although most of the features were known, the official release showered some light on the features and design details. For instance, the AI-powered virtual assistant ‘Bixby’ will only support the US and Korean language for few months initially. We hope that Samsung will add support for other countries later in this year. The US carriers namely- the Verizon, T-Mobile, Sprint, AT&T have already started taking pre-orders and will start shipping by 21st April. Now, the unlocked variants Galaxy S8(SM-G950U) & S8 Plus(SM-G955U) showed up on the best buy for pre-orders as well. 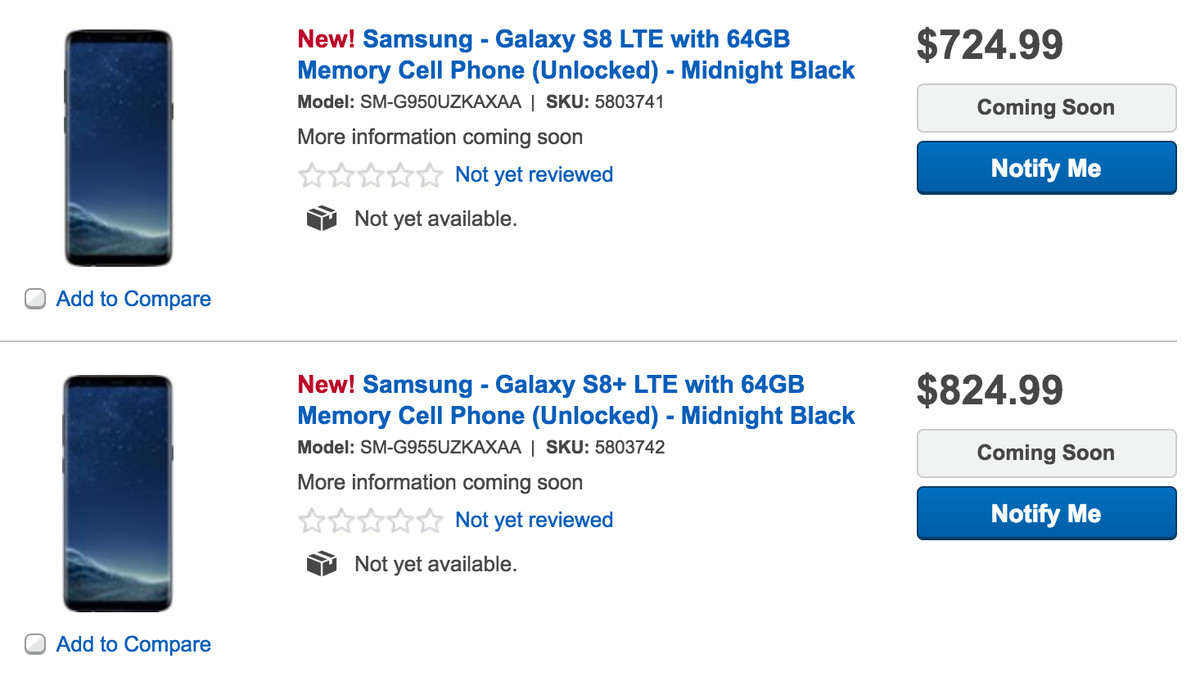 Last year the unlocked version of the Samsung Galaxy S7 and S7 Edge were delayed for three months even after its initial release at the carrier stores, which was truly disappointing. Surprisingly, that changes this year. According to The Verge, the Unlocked versions of the Galaxy S8 & S8 plus will be made available for pre-order at the best buy, starting from 9th May 2017. The price is expected to be $724.99 for S8 and $824.99 for S8+. The price could change slightly, however, it is certain that the Unlocked variants would be $100 cheaper than the US variants. You will get the pre-order links below.

The listing has been removed by the seller at best buy. Once the US variants are available at the carrier stores, the listing will get active on 9th May, which is 3 weeks later. The pre-order links are as below.