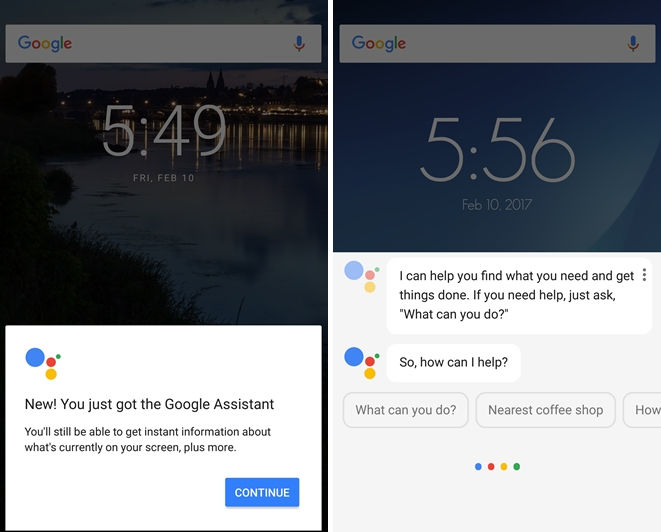 However, as we can see, the new Google App is an Alpha build and can prove to be a very unstable for some Android devices. First, install the Google APK as a normal app and launch it. Now, hold on to the Home button in order to open the Google Assistant. The Assistant will take over the Google’s Now on Tap service.

The Google App has been confirmed working on the Nexus 5X, Nexus 6P, Samsung Galaxy S7 & S7 Edge, and some Xiaomi devices. Rest needs to be tested. Although the app may easily install on your phone, the Google Assistant may or may not show up. It could need different versions for ARM64, and arm devices. So stay tuned.