As we now Google recently released the final Android 7.0 Nougat developer preview 5 for the Nexus series and some of the supported devices. However today, Huawei surprised the P9 and the Mate 8 users with a Beta build of this upcoming Android 7.0 firmware. The new beta firmware is now available for Huawei P9 device and its variants with build number EMUI-A168-L19C900B040SP11-log and EMUI-EVA-C900B040SP11-log. The Android 7.0 update comes in the form of OTA zip files named update.zip and can be installed normally using the updater program or through stock recovery. This new Huawei firmware is based on EMUI 3.1 (update: now UMUI 5.0) and not the latest EMUI 4.1 that the Huawei P9 already runs on. The update also brings some improvements to the camera and battery. However, it may still possess some bugs as the firmware is in its Beta state. Beta testers have also released screenshots and published a video for the same which you will find in the following section. Besides Huawei, Samsung has also been working on the Galaxy Note 7 Nougat Android version with a new TouchWiz firmware. Update: EMUI 5.0 UI based on Android 7.0 Nougat is now available for Huawei P9 and Mate 8.

Note: The firmware for Mate 8 is not yet available. The second firmware was listed as for the Mate 8 on the XDA forum. However, it turns out Android N beta is just for the Huawei P9.

Take a look at the Android 7.0 Nougat Beta For Huawei devices:

How to Install Android 7.0 Nougat Beta Build on Huawei P9 and Mate 8?

You ca install this firmware using the usual dialer method. That means by placing the update.zip file in the dload folder and then dialing * # * # 2846579 # * # * and finally selecting update operation. There also an alternate method to flash stock EMUI firmware on Huawei Mate 8 and P9 by using the forced update procedure using the Local update from settings>update and start the stock recovery procedure. For a detailed tutorial, you can head over to this page: How to install the full stock EMUI full firmware file on Huawei devices? You will find both the methods there. Like and follow us on social media. For queries, comment down below or leave a message in the

Meanwhile, you can take a look at the Android 7.0 Nougat firmware in action from the video below. Like and follow us on social media. For queries, comment down below or leave a message in the forums. 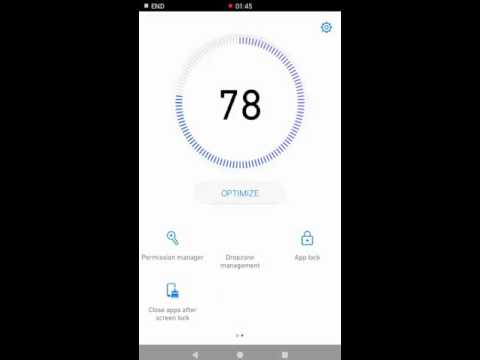